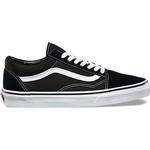 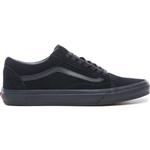 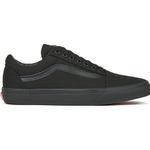 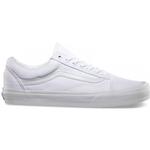 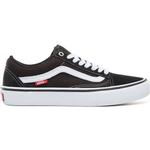 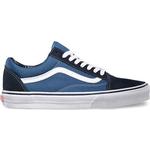 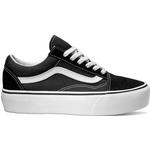 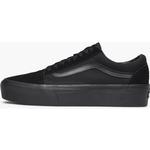 Dr Martens 5 Eyelet Brogue The unisex 3989 Brogue shoe features a unique combo of wingtip style with AirWair™ air-cushioned Bouncing Soles. In other words: a rebellious union of proper menswear and counterculture attitude.Part of our Lost Archives collection, this Brogue is made with our classic Dr. Martens Smooth leather, a lightly textured, highly durable material with a soft sheen. But the Brogue shoe still has tons of Doc's DNA — including our iconic air-cushioned sole, which is oil and fat resistant with good abrasion and slip resistance. Best of all, the shoe's sole is secured using one of the finest methods of construction: the Goodyear Welt. Upper material: leather

The classic Dr. Martens silhouette has been reinvented for your little one and boasts all the typical details including the signature AirWair sole with chunky yellow stitching, eight pairs of eyelets and the tape pull tab. Crafted from a sturdy yet supple leather, the adorable Brooklee will be a go-to piece in any junior wardrobe this season. Patent leather upper AirWair sole Derby construction Ankle height 8 pairs of eyelets Zip side Signature heel pull

" The 8-hole Dr. Martens shoes made of genuine leather coated with paint in various shades. Dr. Martens shoes, thanks to the uncompromising appearance, durability and toughness have become worldwide icons in manufacturing shoes. Inner language is at the bottom of the shoe firmly sewn - making it into the shoe does not penetrate water, mud or small stones. The outsole is the rest of the shoe thermally sealed and stitched which favorably affect the durability of footwear. The sole is made along the lines of the original Dr. Martens boots - the air suspension in the sole provides underfoot comfort and durability since 1960. The sole is also resistant to oils, greases and toughness of rubber offers good mechanical resistance and slip resistance. Color: Petrol - Matt. Quality leather shoes! Height about shoes .: 20 cm. The height of the sole (measured at the heel) of approx .: 3cm. Material: genuine leather, paint, rubber outsole. In the top of bot is not a metal brace. "

Vans Womens Asher Lurex Glitter Slip On Trainers (Silver) Style Code: VN0A45JMXNU These Vans Asher Lurex Glitter Slip On trainers are silver in colour. They feature small elasticated panels to help slip the shoes on and off. The fabric on the upper is a textile material and the inner fabric is also a textile woven lining material and these trainers have a thick white rubbber sole which is great for grip. The Vans branding appears on the back of the sole in printed rubber and the Vans branding appears on the side of the shoe in a small material tab. - Silver - Slip On - Textile Upper - Rubber Sole - Vans Branding

Football Boots Football Adidas X 18.1 Ag. These ultralight football boots are optimised for acceleration.Their distinctive low-cut collar and moulded heel keep you strapped in for high-speed play.A velvety, super-thin mesh upper delivers a minimal feel and a natural touch.The lightweight Sprintframe outsole is made for traction on artificial grass.Features:X 18.1 Artificial Grass Boots.Sculpted for speed, these artificial grass football boots are stripped down to the essentials.A low-cut collar, moulded heel and four-way-stretch tongue secure a lockdown fit.The upper is made of thin mesh for a minimal feel, and the outsole is perforated to cut weight, leaving you free to fly.Lockdown .Low-cut Clawcollar locks your foot into the boot for game-changing stability .True touch.Super-thin Speedmesh upper delivers minimal feel for blink-quick speed and a superb, direct touch.Secure fit .Standout 3D moulded heel offers a secure fit and cushioned zones for optimum ankle movement .Lightweight ou

Football Boots Football Adidas X 18.3 Ag. Sculpted for speed, these football boots are stripped down to the essentials. The sock-like mesh upper has a minimal feel to give you a true touch on the ball. Its feather-light and flexible, leaving you free to fly.Lockdown: - Low-cut silhouette with signature Clawcollar shape locks your foot into the boot for match-long stability and supportTrue touch: - Match-long comfort and a true touch from a lightweight, dual-layer mesh upper that flexes with your footFlexible support: - Sock-like construction offers adaptive support, lightweight comfort and ease of entryStability at speed: - Rapid acceleration and high-speed turns supported by hybrid stud tipsFeatures: - Lightweight, dual-layer mesh upper with low-cut Clawcollar- Outsole optimised for artificial grass; Hybrid stud tips

The Scuff from UGG Australia is a slipper meant to be worn indoors. Comes in a suede upper and a wool interior. The outsole combines suede and rubber.

Football Boots Football Adidas Kaiser 5 Team. The little brother of the Mundial Team football boot, these mens adidas Kaiser 5 Team boots feature a rubber outsole specifically designed for matches on hard ground and artificial turf. Made from soft full grain leather, these boots have an EVA insole and midsole for lightweight cushion and support. Features:- Full grain leather upper for comfort and soft feel- Synthetic lining for durable comfort- Die-cut EVA insole for light weight and comfort- Pre-moulded EVA midsole for lightweight cushioning and shock absorption- Rubber outsole for play on hard ground and artificial turfTechnology:- Benefit: Great Grip: What it is: Specially shaped studs: How it works: TraXions studs are shaped for sport-specific movements, so you get grip and release in the right direction.

Football Boots Football Umbro Speciali Pro Fg. introducing the speciali 98 &ndash; a new model of our iconic football boot inspired by a magical goal scored twenty years ago.plenty of memorable moments have been created in the umbro speciali over the years, but none more special than michael owen&rsquo;s goal versus argentina in the 1998 world cup. that iconic goal marked the beginning of a fantastic international career for owen that would see him awarded the ballon d&rsquo;or and ,lift numerous trophies and ,league titles.now twenty years since that goal, umbro have reissued the 1998 model of the boot as part of the speciali 98 collection.features a super soft, water repellent k-leather crafted in italy to the same specification as the original.a special tanning process is used which allows the leather to be very thin but extremely strong, resulting in a lightweight boot with excellent touch and ,feel on the ball.the famous fold over tongue is also produced to the same di

THE SLOPES ARE CALLING.Powerful skiers will appreciate the combination of direct transfer of power, optimal control and comfort the Mach1 110 MV provides. Built on a Mid Volume, 100 mm wide last, the MV version is the ideal choice for people with ?regular? shaped feet and has outstanding out-of-the-box fit. The shell and liner, with the C.A.S. custom fit system, offer more fit solutions for extra fine tuning.

This 1460 Boot is made with the classic smooth Dr. Martens leather, has an air-cushioned sole and is slip resistant. Available in sizes 3-13 (Unisex) and a range of colours, these boots will add that unique style to your everyday outfit! Featuring: Heel Height - 29mm Platform Height - 12mm 8 Lace up eyelets Dr. Martens branded pull tab The Dr. Martens brand is widely recognised throughout the world - their unique style, comfort and durability are what make this brand stand out from the crowd!

A classic Dr Marten brogue with perforated patterned uppers and a wingtip design. Featuring smooth uppers and Dr Martens iconic yellow stitching. Designed with a 5 eye-let lace up fastening and the signature air cushioned sole for comfort, finished with a Goodyear-welted construction.

This classic brogue is the English Brogue made in England by Solovair. The uppers are made from a hi shine leather and feature a 5 eye lace for an easy fit and classic english brogue detailing which adds great character. Inside a combination of a leather and synthetic lining has been put with Solovairs Soft Sole Suspension technology sole unit to give good cushioning and support underfoot. The insole features antibacterial protection to help keep feet smelling fresh whilst the Goodyear welted sole adds durability and traction. Hand made a stones throw away from Dr Martens original factory in Wollaston, Northamptonshire, England Solovair brogues are a must have. Handmade in England High quality leather upper 5 eye front lace Brogue detailing Soft Sole Suspension sole unit Goodyear Welted 2488 Last Solovair-UK authorised stockist

Add some style to your looks this season with the Ravel Crockett knee high boot. A winter must-have, featuring a distinctive faux fur caramel trim,

Black Friday tips: 2019's most popular products to look out for

Show all categories in Clothing and accessories