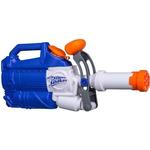 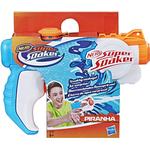 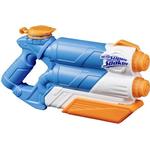 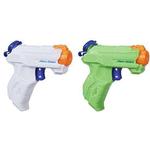 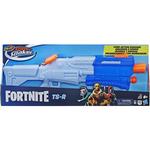 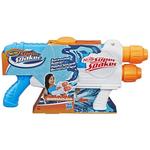 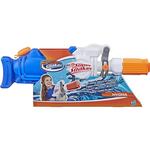 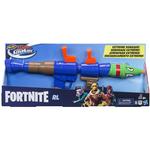 Three Streams of Water - drench your friends with 3 streams of water power Deployable Blast Arms - deployable arms let you choose between 3 streams of soakage or a single stream Soak up to 38 Feet (11.5 Meters) away Holds 40 fluid ounces (1.2 Litres) Age 6+The Super Soaker Tri Strike Crossbow water blaster gives you a competitive edge for your water-blasting games. Round up your friends for a drenching battle and surprise them as you blast away the competition with three streams of soakage. The Super Soaker Tri Strike Crossbow blaster is the first Super Soaker crossbow with deployable blast arms. Folding arms on each side of the soaker easily deploy to release additional water streams, for some serious soaking attacks. The Super Soaker Tri Strike Crossbow blaster is so versatile and easy to use, that you'll be armed with the ultimate in soaking power. Slide the switch to open the crossbow arms, pump handle to fire, and blast away with three streams of water. The arms easily close, letting you quickly change tactics, and defend yourself with a single stream for a focused, long-distance blast. So, gear up, get going and get soaking. The Super Soaker Tri Strike Crossbow blaster has an overwhelming capacity, holding 40 ounces (1.2 liters) of water for a crushing assault of soakage. Plus, the single stream can reach up to an impressive 38 feet (11.5 meters), putting you in the front lines of stealthy soak attacks. CAUTION: do not aim at eyes or face TO AVOID INJURY: Use only clean tap waterVisit Us < Back Shop Categories

Hello 2020! Time to decorate your kid's room with something new!

Black Friday tips: 2019's most popular products to look out for

Tools That Will Help You Save £Hundreds On Black Friday

Show all categories in Kids and family