Everything you need to know about Chromecast (2021)

The Google Chromecast is a cheap and easy way to view content from your phone on your TV. Here you can read all about the technology and how to ’cast’ both holiday snapshots and Netflix and YouTube from your mobile phone, but also learn what Google TV is. 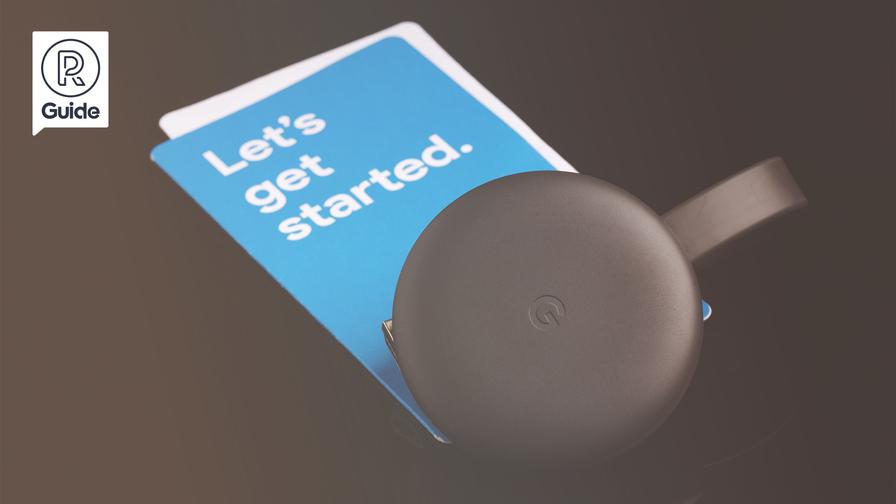 As long as you have decent Wi-Fi at home, you’re not far off projecting everything from streaming services content to your own pictures or your entire computer screen on your TV. The solution is called Chromecast and is a really cheap way to make any TV ‘smart’.

Chromecast is essentially a receiver for your TV or stereo. It’s a small box you plug in and then you can easily play films, pictures, music and more from your phone, tablet or PC. The actual use of the technology is usually called casting.

Chromecast is the name of the physical device you plug into your gadgets, while the technology they use is called Google Cast (or sometimes Chromecast built-in). Some TVs, speakers and similar products have built-in Cast support, so there’s no need for a physical Chromecast dongle, but in most cases the opposite is true – you need a Chromecast dongle to take advantage of the technology.

But playback may not come directly from your phone. Of course, pictures and other things stored on your phone are streamed from there, but playback of films from YouTube, Netflix or other streaming services is initiated by your phone, while the heavier work of playback is done by the Chromecast. Your phone (or tablet/computer) will then function a bit like a remote control for your selected clip, while you can do other things with it if you want. So you can exit Netflix without stopping playback of whatever you’re watching. To stop playback, you must deliberately stop it in the app.

What distinguishes a Chromecast from a media player?

A stand-alone media player, such as an Apple TV, or the apps built into a smart TV, runs everything from that device. The app is installed on the device, you log in to that device, and everything is controlled with its remote control.

A Chromecast works more like a receiver unit. It doesn’t actually do anything itself, and you can’t install apps on it. Instead, you choose what will be played on the screen from another device and pick which receiver (Chromecast) plays it.

What is Google Chromecast with Google TV?

Remember what we just said about the difference between Chromecast and a media player? OK, now you have to forget all that.

In 2020, Google introduced the complicatedly named “Google Chromecast with Google TV”. This means a variety of things, and not just a new dongle to stick in the back of your TV. Let’s take a closer look at what that means.

How do I control my Chromecast?

You usually control your Chromecast from a phone, tablet or computer. Whether it’s a Mac, PC, iPhone or Android mobile isn’t usually important because in most cases it’s about the app you’re using to cast with.

Look for the icon in the top right corner of the app you want to cast from.

Other than this, the device you’re casting from also needs to be connected on the same network as the Chromecast, which is probably your home Wi-Fi if you're at home. You can also control playback through your smart speaker assistant.

For Google Chromecast with Google TV, you can also control it with a remote control. Then it’s not so much the Cast function as the Google TV interface that you’re controlling.

What can I play with a Chromecast?

In most cases, you don’t have to worry about the individual content. Apps like Netflix, Viaplay, YouTube and so on have built-in support and do all that for you. Check here for a list of Google’s own tips on apps that support Cast.

The same applies to content stored on your phone or tablet. For example, if you want to cast photos and your own videos, Google Photos has Cast support. Many apps to play locally stored films or music also support casting content.

If you use Google Chrome as a browser on a computer, you can choose to cast the entire browser window to a nearby Chromecast. You do this by clicking on the three dots in the top right corner and then selecting Cast from the menu.

As well as built-in Cast support in apps, Android phones have the ability to cast the entire screen to a Chromecast. This is a useful feature if you want to play a game on a big screen or if the current app doesn't have built-in Chromecast support.

Over the years, Chromecast for audio and video has come in four different versions. Three of them are updates to what is simply called Chromecast, with each version becoming a little faster and having a few more functions than the previous model.

The third generation Chromecast(or Chromecast 3) is a round matt black puck (the second generation had a glossy finish) with a short HDMI cable built in and a micro USB socket for power. You plug the puck into a free HDMI socket on your TV or amplifier and power the device through the micro USB socket. Connection takes place through Wi-Fi.

What is Chromecast Audio?

A third type of Chromecast is the Chromecast Audio. This only supports audio – which you’d probably already guessed. Google stopped making them in early 2019, but they can still be purchased if you’re interested.

You can plug it into a stereo or speaker's aux port (or optical input if it has one) to connect older devices. In other words, you turn your old speaker into a smart speaker. This is ideal if you have a fully functional, but old, stereo system that you want to modernise and control via your mobile phone.

The Chromecast Audio is similar to the normal Chromecast in appearance, but of course it has no built-in HDMI connector – only audio outputs. This too connects to Wi-Fi and runs on power through a micro USB socket.

If you have several Chromecast Audios in your home, you can also choose to group them and play music in any room, not unlike how Sonos systems – and other multiroom systems – work.

Can I play games through Chromecast?

Google Stadia works pretty much like Netflix or Spotify in that you subscribe to content that’s then streamed over the internet to your device. The only difference is that it’s games here instead of films or music here. It also means you need a Stadia controller to play the games. Because games require a little more data than music and films, you also need a faster connection.

Does this mean that all things with Chromecast support can run Stadia games? Well, no. They need a bit more power under the bonnet and, above all, certification from Google. You can find a list of current Stadia compatible devices [here] (https://support.google.com/stadia/answer/9578631?hl=sv). Essentially, it’s as follows.

Google Stadia costs £8.99 a month. The controller costs £59 from Google.

Can I use a Chromecast without Wi-Fi?

If you don’t have a particularly high-speed Wi-Fi network at home, or if the reception is poor where you need to install the Chromecast, you have the option to connect a Chromecast using a wired network. But this requires you to purchase an adapter. It looks like a standard AC adapter with micro-USB at one end. The difference is that there’s a network socket in the AC adapter bit.

Caption: The logo on many Chromecast devices

When it comes to speakers, many Wi-Fi-connected models support a variety of streaming audio technologies, including Chromecast – often in combination with Spotify Direct, Apple Airplay or similar. Speakers from JBL, Marshall, Sony and many more are available.

There are also soundbars for your TV with Chromecast built-in. They often work in the same way as speakers with built-in Chromecast and generally can’t handle video streams as well.

Televisions are also available with built-in Chromecast support. In most cases, it’s TVs that run Google’s Android TV or Google TV that also have built-in Chromecast support. As an integrated function of Android TV and Google TV, they have support for casting video just like the separate dongles, but not all versions of the operating system provide all the functions. For instance, power saving mode can prevent you from turning your TV on through your Chromecast.

Media players with Chromecast built in are a bit more unusual, but there are some. One example is the Xiaomi Mi Box S, which in addition to being a fully-featured media player also has a built-in Chromecast Ultra.

Although it’s convenient to be able to cast content from a phone to your TV, it’s even more fun when you can do it just using your voice.

Smart speakers with Google Assistant built in, such as Google’s own Home speaker, talk directly to Chromecast. In the case of Chromecast Audio, you can tell the assistant to play your music in a selected room. Of course, Chromecasts that connect to a TV are capable of starting video clips (and even turning on your TV if supported). Then you can tell the assistant to play a YouTube clip on the living room TV, for instance.

Chromecast and Google Home work very well together and provide a lot of useful functions.

And it’s even better with Netflix, for example, where you can specify which account belongs to your voice. This way you can tell the assistant that you want to keep watching your favourite series and the right screen starts with the right episode from the right account without you having to lift a finger.

With Google Assistant, you can also pause playback and so on using your voice.