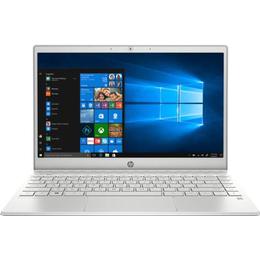 A portable computer with a high-performance 1.6 GHz Intel Core i5 processor. The SSD drive works faster than an HDD and 8 GB of RAM is good for everyday tasks.

Compare HP Pavilion 13-an0006na (5MM33EA) with other products within the same category.

Before you start looking at different laptops you should think about what it will be used for. This laptop is equipped with an UHD Graphics 620 graphics card. It is integrated, which means that the graphics card is built-in with the motherboard. The processor is a quad-core Intel Core i5 which clocks in at 1.6 GHz.

Pavilion 13-an0006na (5MM33EA) is a computer with the Windows operative system. It has an 8 GB RAM. More RAM allows your computer to run more applicantions at the same time.

The processor in this is an Intel Core i5. It is a quad-core unit with a clock speed of 1.6GHz. To elevate the performance the processor has multiple cores to handle a larger workload. The CPU is the component that performs all the calculations we ask the computer to do. A more powerful CPU makes the computer faster.