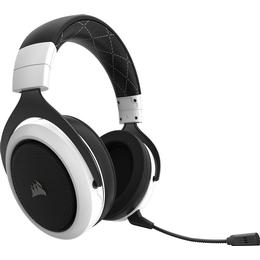 Kind of hard to give character, the sound was really good, but it seemed unsharp in the high treble which was possibly what ended up getting my ears to get a tinnitus sound which, however, probably goes away again, hadn't played loud with them. It may be it's my ears that are delicate. The pads themselves were not large enough and made the ears hit the device itself and it was uncomfortable after some time. Except for the 2 bad points, the headset was good. Better sound a HyperX cloud II I think. Ended though with a G933 there despite any minor drawbacks it may all I think.

Lowest price for Corsair HS70 is £100. This is currently the cheapest offer among 6 retailers.