How can you improve your meetings when working from home? Invest in a better camera, of course. We tested two completely different solutions. 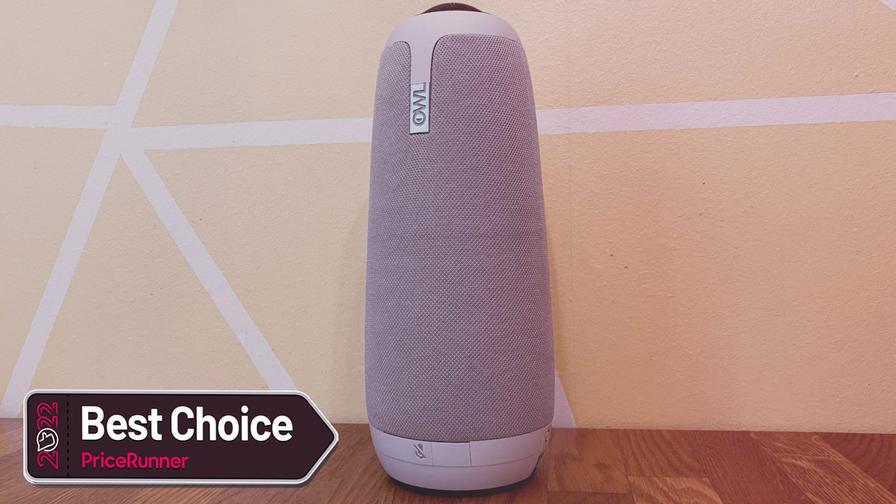 We test all our products in the environment in which they are intended to be used, so as to get a fair picture of them. With regard to this type of product, we have primarily taken the following into account: 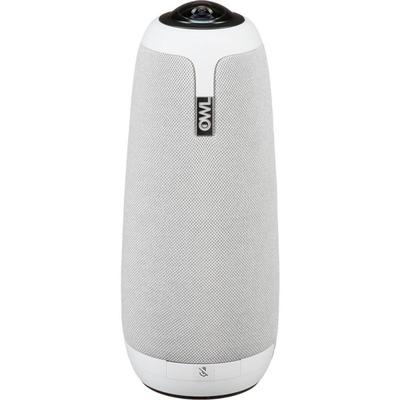 The Meeting Owl Pro is perhaps the most unusual solution for video conferencing we have ever seen, while at the same time still being completely logical.

In practical terms, it is a 360-degree camera that focuses on the person talking, while the entire meeting room or meeting is being displayed.

Because video conferencing equipment normally has as much zest for life as an open bottle of fizzy water, Owl Labs took a different approach mind and turned its conference camera into an owl.

Why an owl? Well, because owls see everything that happens around them, of course. Before Meeting Owl Pro powers up, it could easily be mistaken for a medium-sized Bluetooth speaker. Once running, however, you are greeted by a pair of LEDs in the form of eyes and a discreet hooting that tells you that all systems inside the speaker owl are ready for the meeting. A fun design which stands out from the crowd and puts smiles on the faces of everyone in the meeting room.

The meeting room, yes. Because that is where this device works. During the past year or so, we’ve all had to get used to having meetings at home, but this isn’t a gadget for that kind of occasion. On the one hand, it does feels a bit overkill to spend so much on a webcam, but on the other hand, this device is designed to provide a complete overview and focus for all the participants around a table.

Good picture once you get used to it

Getting started is super easy. Connect the USB cable to a computer, start the meeting and choose the camera you want to use – just like with any external webcam. The eight microphones pick up sound really well and the speakers direct that sound evenly across the room. The camera also gives a good image with natural colours, even if there’s a bit of backlight in the room. If you want to tweak the settings to do something more advanced, you have to connect the owl to the mobile app – rather than via software in a computer.

But back to the video, which is the whole thing here. Once in a meeting, your video window looks a little different compared to a regular camera. For the other party, your video window will be divided into a 360 video at the bottom and a slightly larger image of the person talking above. This feels a bit unusual, especially in the beginning. At the same time, the software inside the owl does a really good job of keeping track of who’s talking and switching the focus image to the right speaker.

Meeting Owl Pro is an ideal tool for companies that often gather a work group around a table while having video calls with an external party. Even if a 360 degree view feels a bit excessive, it quickly becomes a much more natural way to get everyone around a table, instead of placing a camera at one end of the room, which is the standard solution. 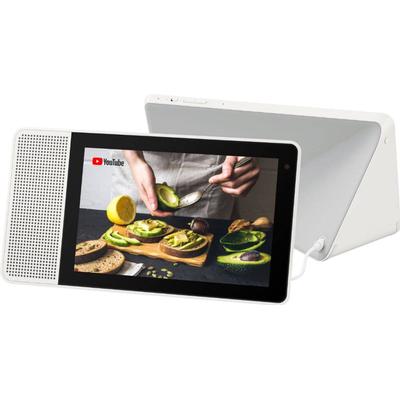 The Lenovo Thinksmart View Teams Display is a video conferencing device for anyone works a lot with Teams. In fact, it only works with Teams. There’s another version of this screen that allows Zoom calls, but again that one only allows Zoom calls. This is a bit strange given the obvious fact that Android is the basis of this screen and that the Teams bit is anything but an Android app.

If you’re familiar with Lenovo's earlier screens for Google Assistant (Lenovo Smart Screen), then you’re familiar with this device. The shell is exactly the same, with the slightly tilted 8” screen and speaker as well as the same angular and incredibly inefficient back. The design means that the unit can be used both standing or lying down without any problems.

The screen is OK, but those eight inches quickly feel quite small if you’re used to working with Teams on a full screen via your laptop or separate monitor. When you’re not in a meeting, the screen displays your calendar.

The sound is good, both in terms of hearing others and being heard, and the camera is of a higher quality than you’d find on most laptops. Image quality, on the other hand, isn’t as good as you’d expect from better external webcams. You can also connect a pair of Bluetooth headphones and run the sound via them if desired.

But that’s about as much use as you’ll get from this machine. Chat and messaging didn’t work in the version we tested, and if you want to upgrade the screen’s software that has to be done through your company's Teams administrator and not directly through your device. All of which feels very limited, especially given that both the Teams app and the device itself are likely to crash at regular intervals.

As soon as you take a look at the settings, it’s clear that you’re dealing with Android. Given that it’s there as a platform, this screen would have felt enormously more versatile and better value if you could at least log in with your Google account and download all the video conferencing apps we had to switch between during the pandemic. If we’d been able to switch between Zoom, Teams, Google’s different solutions and so on on the same device, the Lenovo Thinksmart View Teams Display would have felt more versatile and perhaps more worth its price. As it stands, it feels like an unnecessary product that sounds much better in theory than it is in practice.