After months of rumours and speculation, Samsung has finally unveiled the new S20 family of phones and a new model with foldable screen. Here are all the details. The second phone from Samsung with a foldable screen reminds us a lot of what Motorola did with their latest Razr phone. Instead of unfolding to become a weird tablet phone, the Z Flip looks like a little square that unfolds to something of a normal looking phone. 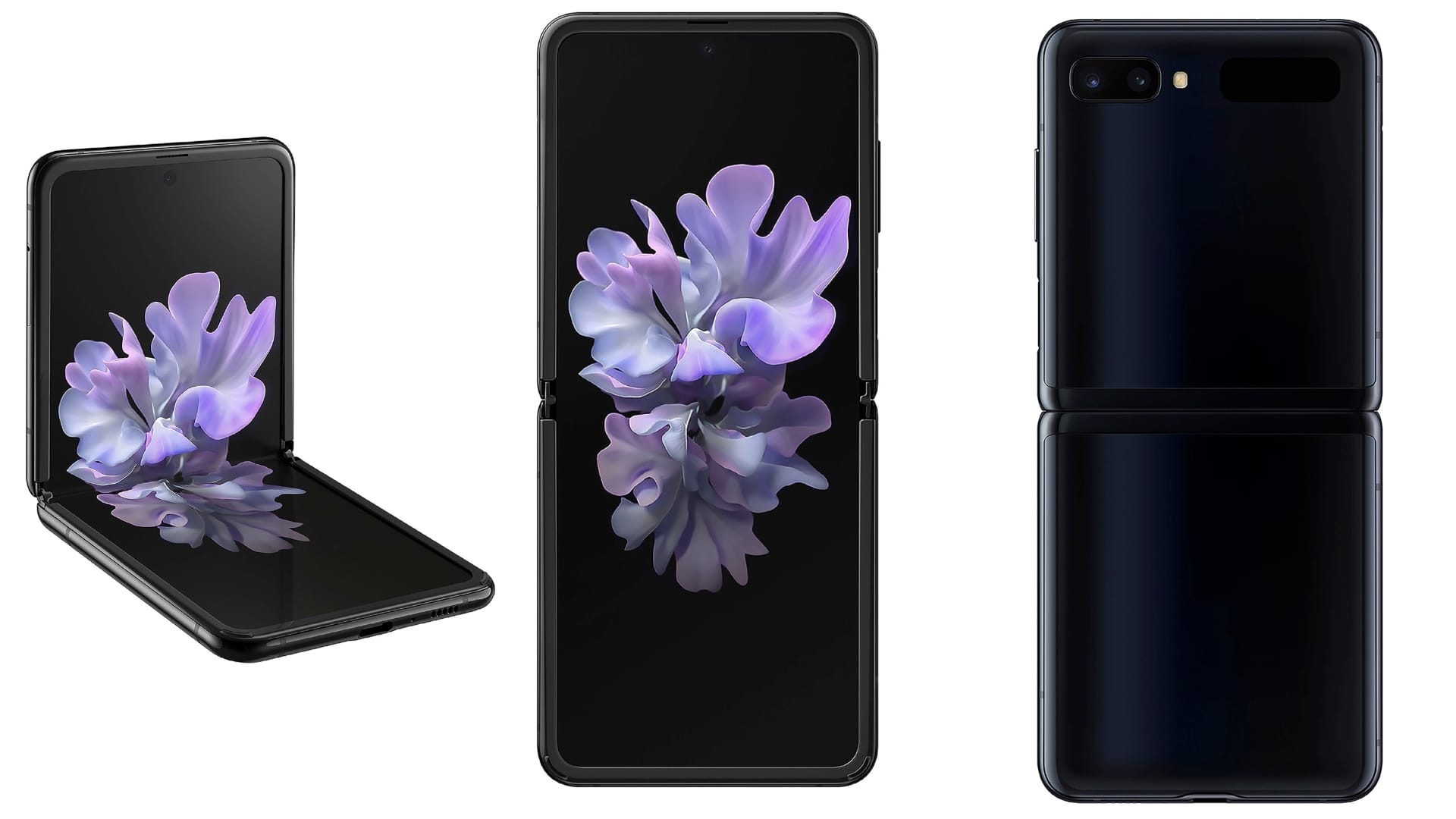 Well, ‘normal’, since the screen is a huge 6,7 inch one. A really cool feature is that the screen is not covered in plastic, but a really thin foldable glass; something that’s a first in the business.

When folded, you can still see notifications and who’s calling from the small secondary screen on the outside of the phone. 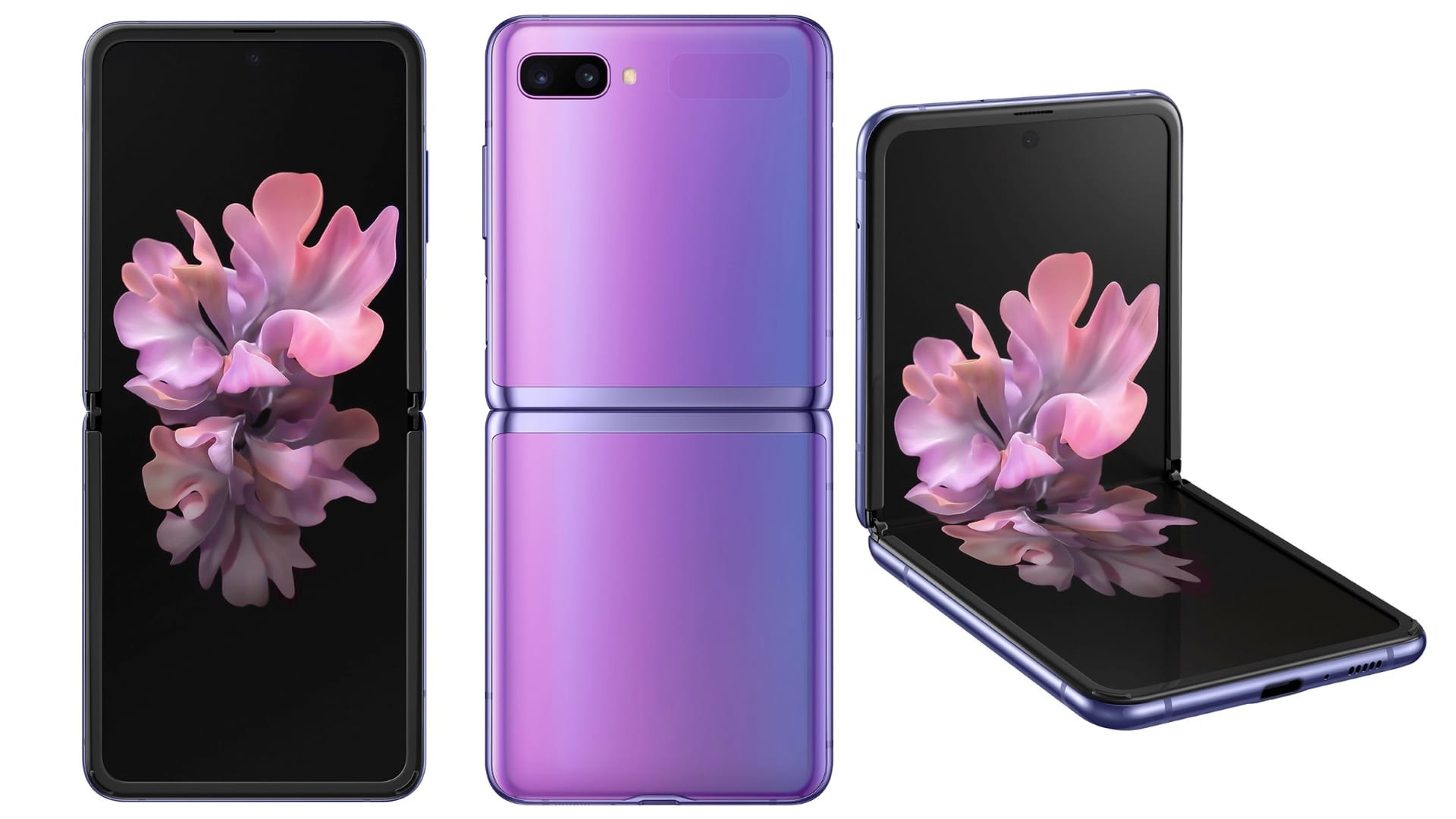 Unlike the Motorola Razr, we’re not met with any middle of the road specifications here. A 7nm octa core chipset is combined with 8 gigabyte of RAM and 256 gigabytes of storage. The two cameras, 12 and 10 megapixels, might be the only downside to an otherwise beautiful phone, at least compared to what Samsung has cooked up with the S20 family.

At the time of writing, we don’t have any British prices for the Z Flip. However, in the US, the phone will go on sale this Friday, 14th of February. At 1,380 dollars, it might be a wee bit expensive for a valentines’ gift though. 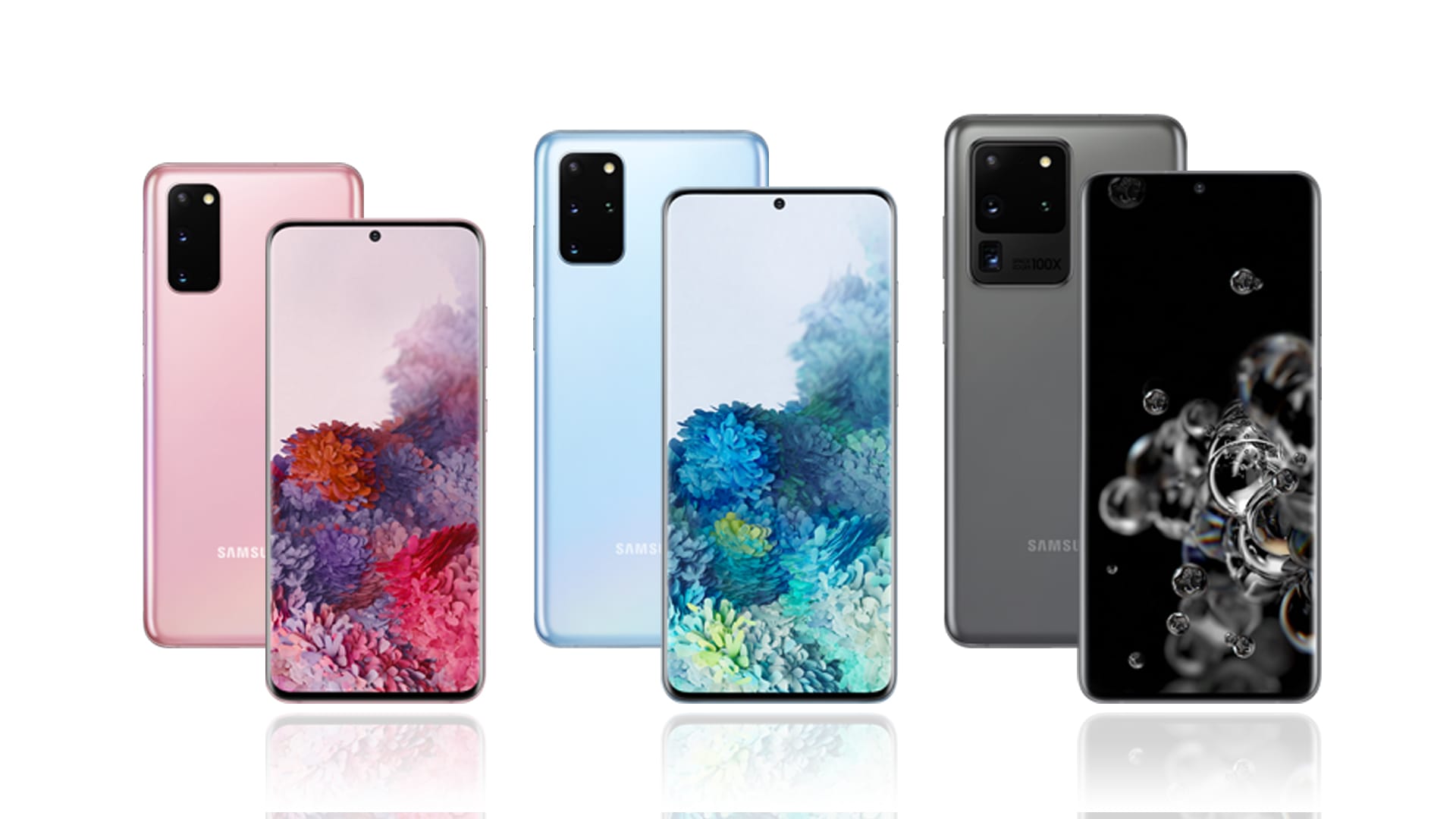 All three phones in the S20 Family shares a lot of features with each other. Cameras, screen size and battery size are the notable differences.

The camera is equipped with the largest sensor ever put in a Samsung phone. That means more details and more light (3x the light sensitivity of the S10). Samsung has a bunch of fancy new words for zoom as well, like Space Zoom, Hybrid Optic Zoom and Super Resolution Zoom. What it means in pure English is that Samsung combines the different lenses for optical zoom, some AI wizardry and digital zoom to give you all together better zoom capabilities without destroying the image as much as traditional digital zoom does.

All phones also have the capability to shoot video in 8k resolution, a first for Samsung. The performance doesn’t disappoint either. All three phones are equipped with Samsung’s’ latest Exynos chipset, at least 12 gigabytes of RAM, generous batteries and screens with a 120 hertz refresh rate. All S20 phones will be sold in a regular 4G version as well as a 5G version for those who want to, and can, take advantage of the latest mobile technologies.

The three phones will be released on March 6. 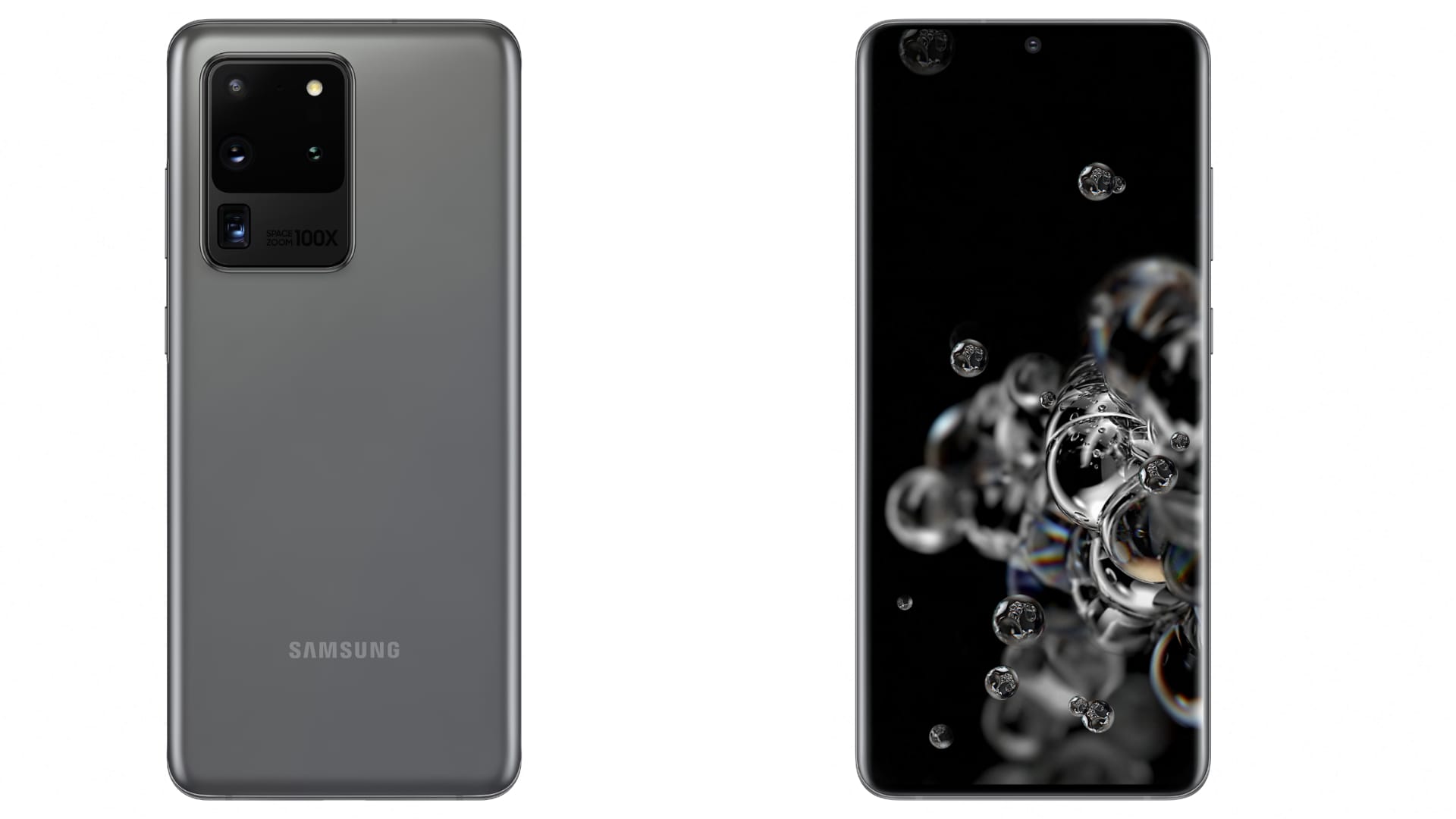 The monster of the family is the S20 Ultra. A beast with a 6,9 inch ‘dynamic Amoled’ screen, 120 Hz refresh rate and 1440x3200 pixel resolution. The main event, however, is the camera rig that boast up to 100x zoom capabilities when all the cameras are combined. The 108-megapixel camera will catch the most attention, but it is also joined by a 48 megapixel ‘periscope’ camera with 10x optical zoom and a 12-megapixel lens (along with a 0,3 megapixel ‘TOF camera’ for depth sensing). 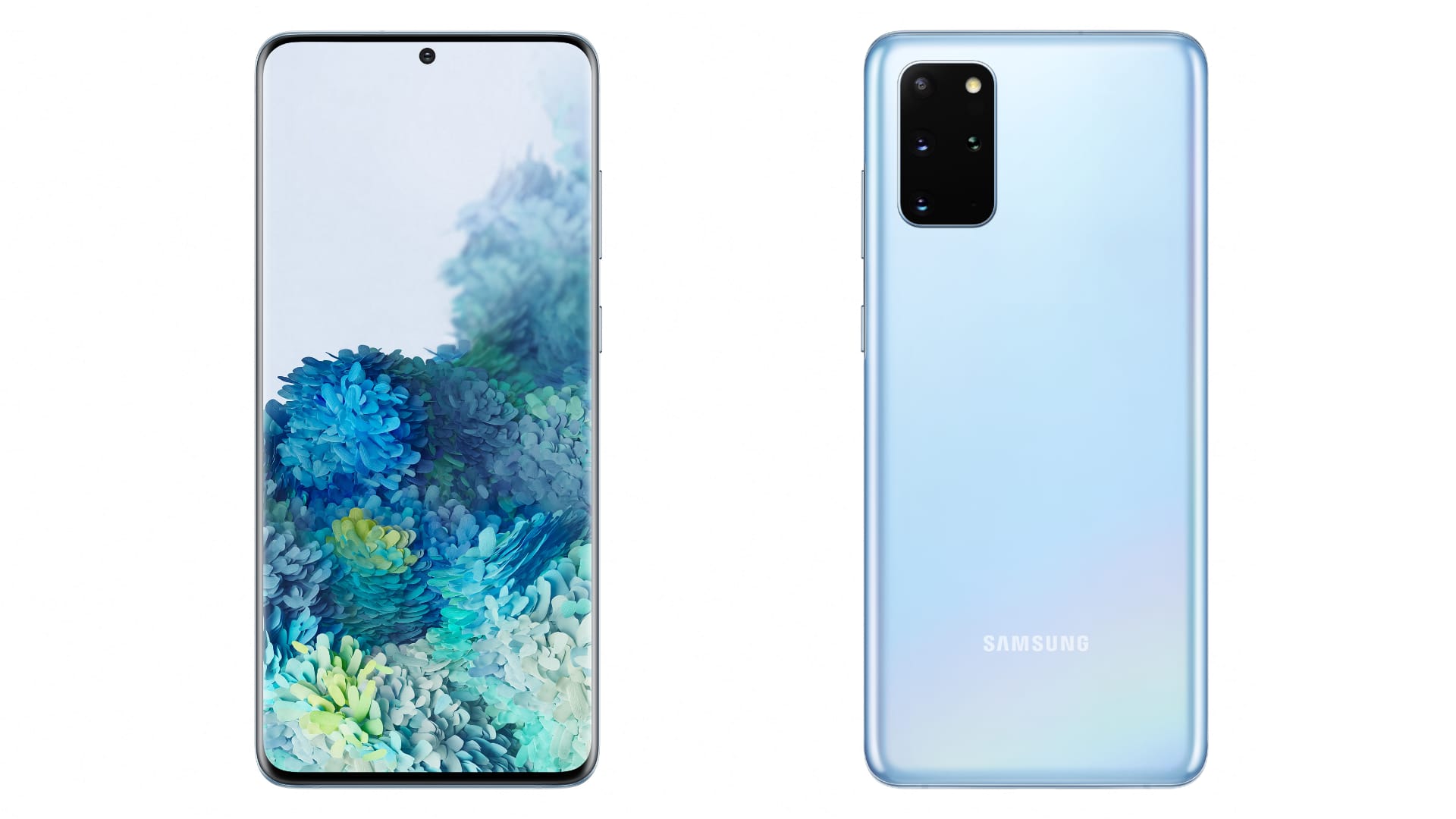 The S20 Plus shrinks down to a screen size of 6,7 inches (but otherwise with the same specifications). It also shrinks the camera rig down to a trio of 64, 12 and 12 megapixels (telephoto, wide and ultrawide) along with a TOF camera for depth sensing. That means the hybrid zoom also goes down to ‘just’ 30x.

The junior model sadly does not go the ‘mini route’ as the S10e did a year before it. It’s still the smallest S20 model, with a 6,2-inch screen (still the same specifications as the S20 Ultra though!). It retains the same camera setup as the S20 Plus, but loses the TOF camera. 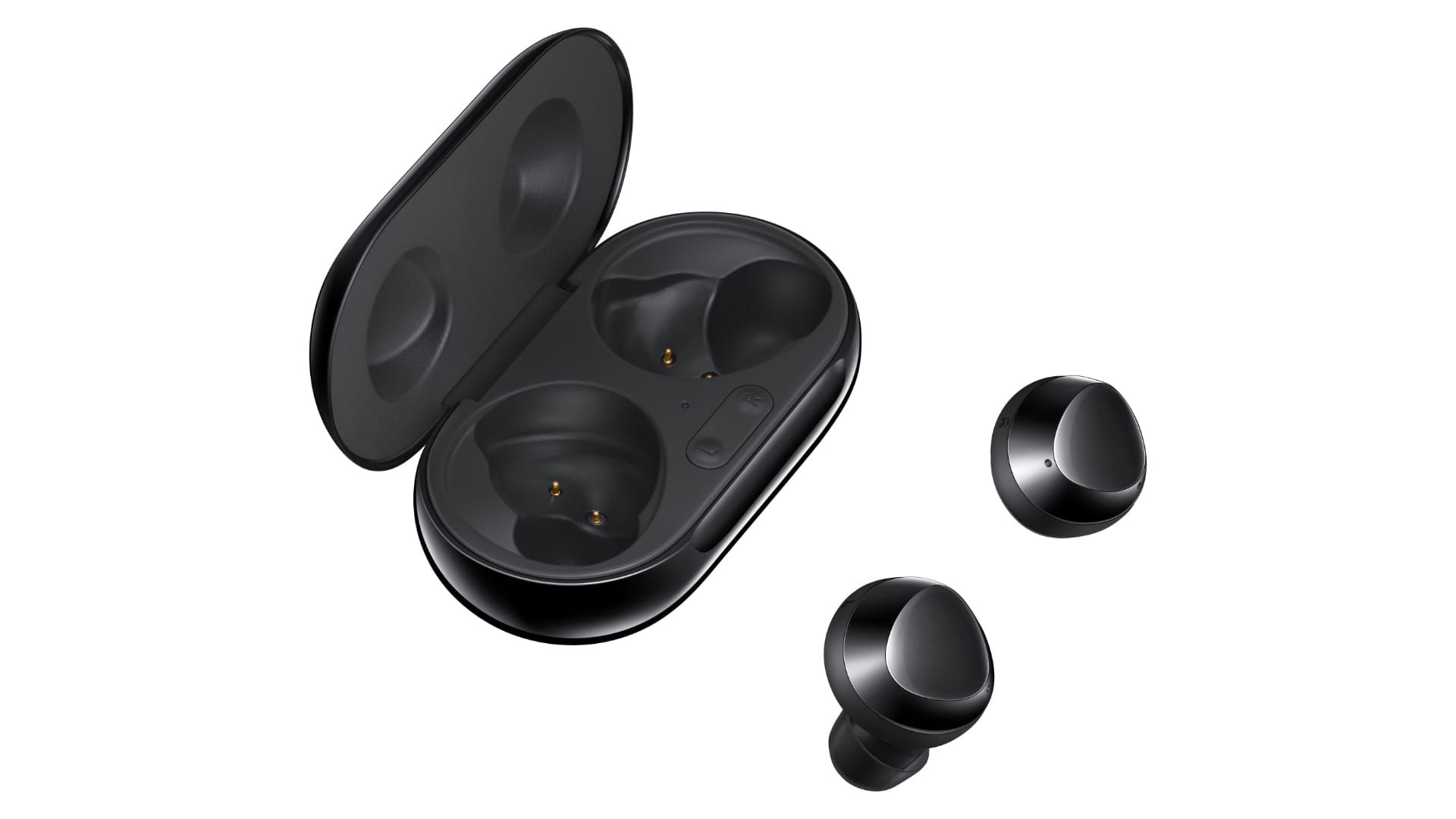 An update to last years’ Galaxy buds is the new Galaxy Buds+. A pair of true wireless headphones with its own charging case. This time around, the earbuds themselves can last up to 11 hours on a single charge (with another 11 in the case), which might just be a record in this category. They also have an all new setup with more speakers and more microphones that will give them a huge boost in sound quality, regardless if you’re listening to music or talking to someone.