Here is everything you need to know about Disney Plus

Do you know the ins and outs of Disney Plus - Disney's streaming service that came to the UK last year? We will tell you everything you need to know - from launch hype and prices to films, series and brand-new features. 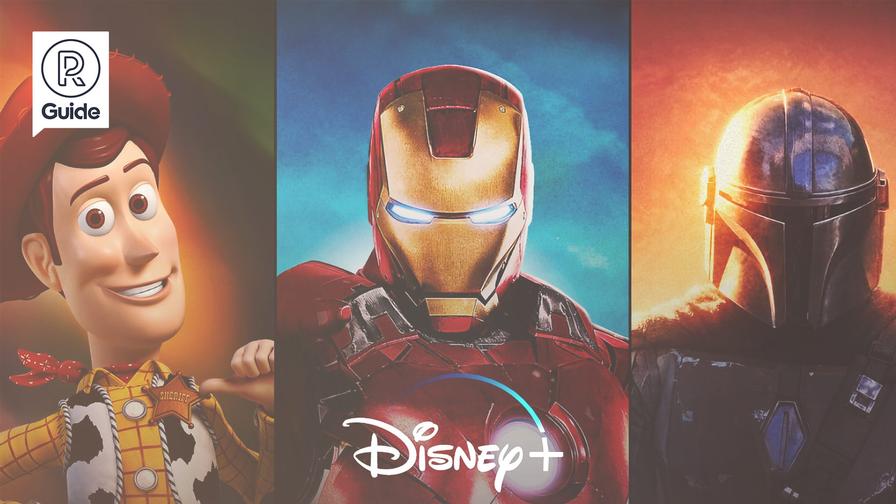 Last year, another streaming service landed in the UK. You might think that we have enough streaming services to choose from already, but nonetheless, this service is in high demand and very popular.

We are talking about the Disney conglomerate’s streaming service Disney Plus!

What is Disney Plus?

Disney + (or Disney Plus) is a streaming service with films and TV series, just like you know it from Netflix and HBO. You pay a fixed price, either every month or for a whole year at a time, and then you can watch as much content as you want!

Disney Plus launched in the UK on the 15th of September 2020 amid great hype.

The reason for the big hype is that this is all about Disney. In addition to a truly solid library including the popular Disney films, animated shorts and TV series produced by themselves over the years, Disney has for a long time acquired other companies as well and gathered all the popular content on their platform.

Under the Disney banner, you will now find, for example, everything Pixar has ever made, everything Marvel (with all the films that Marvel Studios has produced), Lucasfilm with all Star Wars related content, and 20th Century Fox with their massive library that includes titles like "The Simpsons".

How much is Disney Plus in the UK?

The price for Disney Plus in Great Britain is:

Where can I use Disney Plus?

You can watch the Disney content in your browser on a computer, but there are other ways to watch Disney Plus as well. You can download apps for the following platforms:

In addition to this, the various apps support streaming of content via AirPlay (iPhone/iPad only) and Chromecast.

What quality does Disney Plus have?

If you use Disney Plus via an app, you can enjoy 4K resolution and Dolby Atmos sound. This does not apply to all content, however, only the kind that supports the technologies in question. In a browser, the quality is cut down to 1080p resolution and stereo sound.

The service also adjusts the video and audio quality to your internet connection. Streaming full 4K resolution with Atmos audio will consume about 7.7 GB per hour, while HD resolution in stereo reduces it all to 2 GB per hour.

Therefore, this all depends on your internet connection at home.

If you have fast internet at a fixed price, it doesn’t really matter, but if you use mobile data where you pay per gigabyte, it is obviously more important to be aware of the differences.

Yes. You can create different user profiles when you log in to the service. You can also create profiles for children where it is possible to hide content that is not suitable for the little ones.

You sure can! At least in Disney's apps for Android and iPhone/iPad, where you can download content and watch it offline and enjoy it on the go.

What subtitles and languages are supported by Disney Plus?

Disney Plus supports a large variety of languages and subtitles. Most Disney related films and series have been dubbed for the countries they released in.

For the ones not dubbed, you will find subtitles for pretty much every language you can think of. This also includes the addition of English subtitles designed for the hearing impaired.

While not directly related to the types of subtitles or languages included, Disney Plus actually allows you to change the format of the subtitles as well. This is a great feature if someone struggles to read white text against a bright background or the text is too small, for instance. This way, you can fine-tune the subtitles as you see fit to ensure proper readability in any given situation.

Which films and series can I find on Disney Plus?

At launch, Disney Plus comprised of over 500 feature films and a large number of TV series, as well as Disney's classic animated shorts. In addition to this, you get content from the Disney-owned Marvel Studios, Lucasfilm, 20th Century Fox, and National Geographic.

You can therefore start looking forward to seeing Disney classics such as 'Aladdin', 'The Lion King', and 'Frozen', alongside the popular 'Home Alone' films, which are also available on Disney+.

With the newer addition 'Star', which covers content for adult audiences, you also get gems like 'Family Guy', 'X-Files' and 'The Walking Dead'.

You can find the full list (from the launch) at the bottom of this page ... it's long to say the least.

Will there be any new material? Or is it just all the classics?

Disney will indeed produce new material specifically for Disney Plus. Perhaps the most talked about series in that context is the Star Wars series 'The Mandalorian', which received a very positive reception and took the internet by storm.

Also, the live action remake of 'Lady and the Tramp' is exclusive to Disney Plus. And then there is a myriad of Marvel series with well-known characters to choose from. A lot of new Disney Plus content is constantly being added, like the miniseries 'Loki' (Thor's brother), while you can also enjoy new series and films like 'WandaVision' and 'Cruella'.

The new live action remake of 'Mulan' has been one of the most popular picks on Disney Plus.

The film was supposed to be shown in cinemas, but the pandemic put an end to those plans. Instead, Mulan will initially be shown as a rental film on Disney Plus before it will eventually be included in the standard selection you have access to via your monthly subscription price.

The whimsical, thoughtful and not least Oscar-winning animated film 'Soul' also premiered on Disney+ in 2021.

In short, expectations for future premieres at Disney+ are clearly very high.

Is there any bonus material on Disney Plus?

A sad development that came with streaming services is that we lost all the fun extras that used to be featured on DVD and Blu-ray films.

Disney has come up with a solution though, and has added the 'Extras' feature at the end of most films. This allows you to once again enjoy cut scenes, bloopers and other fun extra content!

Disney Plus is very child-friendly, right?

Yup. No film with an age limit above the American PG13 (corresponding to the 11-year age limit here in Great Britain) will be included. So combined with the ability to create user profiles for children, Disney Plus truly is a family service!

With Disney's purchase of 20th Century Fox, films like 'Alien' from Marvel Movies has been added, which is certainly not about a Disney princess ... So far, however, Disney does not seem to have a concrete plan for that type of content.

In the United States, they can display this kind of content on the Hulu streaming service that Disney owns two-thirds of, but this one has yet to be launched outside The States. So, content from Fox that caters to adults is likely to live on on other services until Disney gets that part fully under control.

Films on Disney Plus at launch

TV series on Disney Plus at launch

Animated shorts on Disney Plus at launch