In time for Christmas 2020, Microsoft released the next generation of its popular Xbox game console – the Xbox Series X. Here’s everything we know about the Xbox of the future... and its little brother, the Series S.. 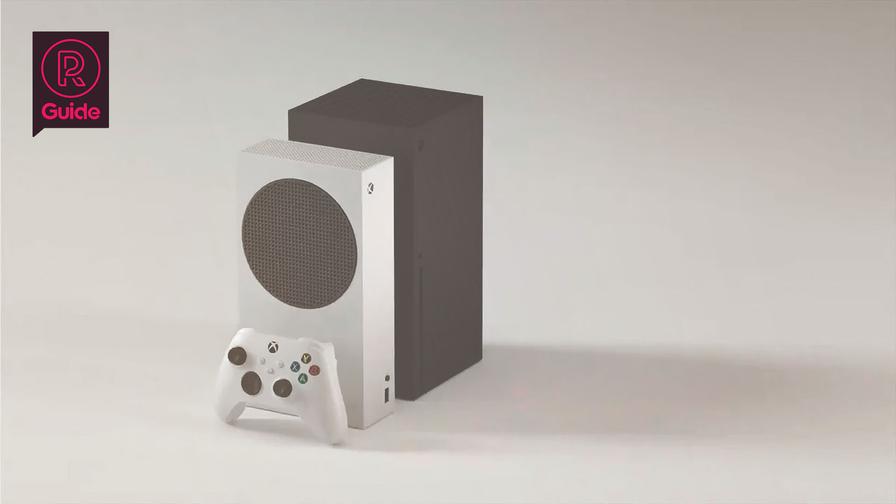 In November 2020, the gaming world welcomed the next-generation gaming consoles, which for Microsoft meant the Xbox Series X and Xbox Series S..

Microsoft had been dropping heavy hints about its forthcoming Xbox throughout 2019, and in early 2020 detailed information was finally released. The console is called the Xbox Series X, and was previously known as Project Scarlett. In early September, its little brother, the Xbox Series S also became official, along with launch dates and prices.

When the Xbox Series X was then unveiled, it was with a rather dreamy trailer.

A little more concrete is the trailer to Hellblade II, the game that was launched along with the console. All the material in the trailer is said to have been created in real time by the console, and it certainly looks impressive.

Now most of the details are out for both consoles. The Xbox Series S will be a cheaper version, with a target price of £249, compared to £449 for the Series X. The console will support all new Series games, but only at a lower resolution (1440p). Nor will the console be able to produce so many graphical effects, as it will have a calculation performance of about 4 teraflops.

The Xbox Series S, however, will take advantage of the new technologies to cut loading times from games, both at start-up and between sections. 4K support in streaming services, for example, is also available in the Xbox Series S.

When was the new Xbox released? (Xbox Series X and Series S)

How much does the new Xbox cost? (Xbox Series X and Series S)

When the release date was announced, so too were the Xbox Series X and Xbox Series S prices.

That depends. The Xbox Series X is a bit tricky to get hold of for several reasons.

On one hand, there’s a global semiconductor shortage, which means there are no components to build the console with. And on the other hand, lots of people want to buy the console, which means stocks run out fast. A third factor is that many morally disadvantaged individuals are buying all the consoles they can get their hands on so they can sell them for higher prices.

This makes getting an Xbox Series X difficult, but not impossible. See our tips below.

At the same time, it has turned out that demand for the Xbox Series S isn’t as great, so this can be an easier and cheaper way to play next gen.

How do I get hold of the new Xbox?

Here are a few tips for how you can get hold of the new Xbox Series X, even when it’s in short supply.

Inside the Xbox Series X

The design is fairly unorthodox for a game console, evoking a bit more of a PC aesthetic than that of a game console. The Xbox Series X is designed to run placed vertically or horizontally, so you don't worry about having to rebuild the TV stand.

Well what's on the inside then? Allow us to geek out a bit and compare it with the Xbox One and One X which are currently on the market.

What does the above listed gamer-jargon above mean in a strictly practical sense then? In addition to support for 8K resolutions (which is only available in a few TV models today), according to Microsoft's Gaming executive Phil Spencer, the Series X should be eight times more powerful than the Xbox One and twice as powerful as the Xbox One X.

In terms of raw numbers, the Xbox Series x has a graphics capacity of 12 teraflops. The graphics card will even have hardware support for DirectX ray tracing and variable rate shading (VRS). There'll also be support for 120 frames per second. It's unclear if this applies to 8K resolutions, 4K or "regular" 1080p resolutions or only a select few at this stage. The graphics are enabled by the console's support for HDMI 2.1, which is fast enough to handle the technical load of these speeds and resolutions with the help of some other technologies like Variable Refresh Rates (VRR) and Auto Low-Latency Mode (ALLM).

Full specifications for the Xbox Series X released in March on Microsofts website:

There's simply a lot of power to take in for beautiful gaming experiences in large open-world settings.

Microsoft has has also been mentioning that the console is "designed for a future in the cloud". Even if there isn't any concrete info yet on what exactly that means, it's likely going to mean wider selection in both games streamed to the console and playing Xbox games on other platforms, like PCs.

Another function that at least some games will have built-in to them is Quick Resume. This mean you can pause a game and do something else with the console and return to where you left off, with the console having saved your activity in game memory to let you seamlessly continue gaming. This virtually eliminates the need to restart the game, as is often the case today.

When it comes to older games, the Xbox Series X has full backwards compatibility support for Xbox One and Xbox 360 games. This has long been a bit of hook for the Xbox that Playstation has had a hard time keeping up with.

While the console itself looks quite different at first glance, it can seem that the controller is identical to its predecessor. Externally, the Xbox Series X controller retains much of the design from the Xbox one, but with the addition of a dedicated sharing button.

Will there be several version of Xbox Series X?

Both the Xbox One and Playstation 4 have been released in several variants during this console generation. Some have been slimmer versions (The Xbox One S, PS4 Slim) and others have been more powerful than the originals (Xbox One X, PS4 Pro).

It stands to reason that we'll also see several variants of the Xbox Seires X, even if it isn't something explicitly mentioned at this stage. The choice of name for this console also makes it easier for Microsoft to release more variations and simply swap out the last letter in the name.

There's no official information yet pointing towards the new Xbox having virtual reality (VR) support. Phil Spencer, Microsoft's Gaming executive has said himself in an interview that virtual reality isn't on their radar because "it's not something people are asking for".

When will the Xbox Series X be released?

Microsoft themselves have said that the official release of the Xbox Series X will be in November. However the exact date in November and whether not it will be released on the same date globally remains to be confirmed.

In the same mention of the Xbox Series S , the potential date and price of both versions of the Xbox console had been leaked.

If the rumours hold true, the Xbox Series X and Series S will be released on November 10th, at least in the USA

What will the Xbox Series X cost?

There is now an official price for the "junior-model" of the next Xbox. The Xbox Series X will cost $299 upon release, meaning it will likely be slightly more expensive with added VAT taken into account in the UK.

As mentioned above, the leaked info also revealed a rumoured price tag of $499 for the Xbox Series X on release, which will also run a slightly higher price in the UK.

Will I be able to play my old games on the new Xbox? (Xbox Series X)

Yes, Microsoft has promised that the console will have backwards compatibility. This includes games for the Xbox 360 och Xbox One, as well as accessories like headsets for the Xbox One.

What games will be on the new Xbox? (Xbox Series X)

Microsoft has announced that a remastered version of Gears 5 will be available for the Xbox Series X's release. If you already own a copy of Gears 5 for the Xbox one, you'll ge the new version for the Series X for free.

We'll likely see more titles being announced throughout the course of the year, especially when E3 takes place.

That said, we reiterate that the console will have backwards compatibility, so you can also play your older games as well.

Our wishlist for the Xbox Series X

Everything Microsoft has presented thus far seems really awesome. However, in the same breath there were some weak-point with the Xbox One that we hope will be rectified with the new console.

Controllers - Xbox controllers perform well gaming-wise but when it comes to other things like accessories and the batteries, they underperform quite noticeably. That's why we hope that the Xbox Series X comes with Bluetooth support so you can, for example, connect any headset you want without having to worry about adapters, cables and more. Re-chargeable battery packs in the controller itself would also be a plus considering how often you have to change batteries.

The Menu - One of the most annoying aspects of Xbox One is the menu system. When creating interfaces (in general), you often aim to use as few clicks as possible to achieve the desired functionality. Microsoft seems to have missed out with this in the Xbox One. It is extremely cumbersome to access important features, apps, games and settings despite the shortcut menus and grouping systems.

Xbox One also contains a whole lot of candy for us who like to play multiplayer games or are just generally social.

Mixer as its own menu, for example, is fantastic as an idea, but the arrangement therein leaves much to be desired. It's easy to find what the Xbox wants you to see, but it's hard to detect and explore on your own if you don't have a great deal of patience. Likewise, groups (finding others to play with) are really good in theory, but poorly adapted for the console world. Here there is much to improve to highlight otherwise stellar functionality.