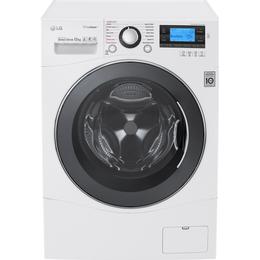 Broke down after three years

Our washing machine from LG, model FH495BDS2, has broken down after only three years. The explanation is, in all likelihood, a fabrication error. Despite solid evidence of the fault that may only have occurred at the factory, there is no help to pick up at LG. The fault is of the type that comes insidious. It is that we have unfortunately passed the legal right to a two-year guarantee. That the fault has been so for a longer time and has only grown larger, we know, because a couple of years ago our HPFI main relay began to turn off when the machine was running - but this was a very periodic error. 10-20 fine washes on a strip and then a wash with errors in the relay. That's why, at the beginning, we struck the mistake. Since we had just installed a new hot water container, we assumed for a long period of time that there was a combination of the washing machine and the hot water container. There were no external signs such as water under the machine. There was no systematics in the error either. After two years, we were able to detect a bit of water under the machine. Not the large quantities, but a bit. We cleaned filters, tightened water supply and made sure the drain hose was properly fitted. Since, the error has only gotten worse, and we only discovered why, when the other day we pulled ourselves together to disassemble it and found what can only be interpreted as a factory error. The end of a steel wire restraining a rubber membrane at the back of the drum had buckled in against the rubber and has therefore slowly, when the drum has cradled with water and clothing, dotted hole on the rubber suspension in the washing machine. The consequence has been water in the engine (a direct drive engine that, incidentally, has a 10-year warranty) and electronic parts, and the water has triggered obvious corrosions in the spring system. There are distinct deposits from lime, soap and water at the bottom of the machine. The quantities of water have presumably been so small that — before the hole grew large - the water has remained at the bottom of the machine without running out. LG disclaims responsibility and remits law on a two-year warranty. The explanation is that the fault may have originated for all sorts of other reasons a belted steel wire. Anyone can see that is not the case — but not LG. My advice to others: stay off LG's white goods products. These are mechanics that need to last for many years, so a small flaw that clearly must be linked to lack of quality assurance can quickly grow large. Such mistakes are to live with if a company takes responsibility and helps rectification. That's not the case here.

Lowest price for LG FH495BDS2 is £849. This is currently the cheapest offer from 1 retailer.