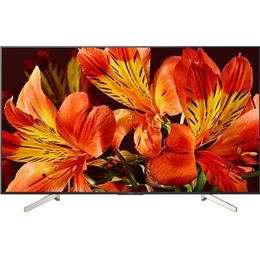 FW-65BZ35F from Sony is a 65-inch LED TV with a 3840x2160 (4K Ultra HD) resolution. With the easy-to-use operative system Android TV, you get quick access to apps such as Amazon PrRead more

Sony FW-65BZ35F, with its impressive 4K resolution, takes your television viewing to a whole new level. Even old classics which haven't been remastered in HD will look better on this TV thanks to image enhancement. Android TV brings full-fledged support for Google Assistant and connection to your smart home. There's a built-in Chromecast and you can find hundreds of apps, apart from favourites such as Netflix and Spotify.

For your gaming console or media players, such as Apple TV or Chromecast, you have four HDMI ports to connect to. If you want to stream pictures, movies or audio from external hard drives, or just charge your phone, you have three USB ports.

With the operating system Android TV, you get so many options that you might as well cancel your cable service. There is a built-in Chromecast, which means you can show images, play music or stream your favourite TV shows from services such as HBO and Netflix from your phone. Android TV also supports Google Assistant, which lets you control the TV with Google Nest devices. So when you can't be bothered to reach for the remote, just yell "Google, gurn down the volume" or "Google, show me an unboxing of Sony FW-65BZ35F".

FW-65BZ35F has an LED display, which is still the most proven and most popular technology on the market. Having a TV with an LED display has many advantages. Since this technology is so well-grounded in the TV industry, it's always a safe purchase. LED displays can also achieve incredible colours and amazing brightness.

As you can tell, there are many good things to say about FW-65BZ35F. If we compare all TVs on our site, this model has a price below average, so it might be a good purchase if you're on a tight budget. As far as TVs go, this is one of the most most popular TVs on PriceRunner at the moment and the current lowest price is £1316.93.