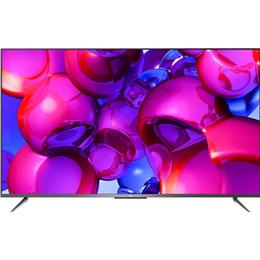 Take your television viewing to a whole new level with 50P715 from TCL. It gives you a crisp 4K resolution. Three HDMI ports for your consoles and media players. You also find two USB ports if you want to connect an external hard drive. HDR support that brings amazing colours and depth in the image.

50P715 runs on the Android TV operating system, which is considered to be one of the better ones. Support for streaming services such as Netflix, YouTube, Spotify and most others you can think of can be accessed. Since Android TV is developed by Google, you can connect your TV to Google Assistant and Google Nest devices. This means you can lower the volume or start a movie right from your phone or by talking to the TV.

For the most frequently used devices you have three HDMI ports for your gaming consoles, Apple TV or other cable receivers and media players. If you want to display movies or images from external hard drives, you have two USB ports for that.

To summarize there are many good features to 50P715. This model has a good average rating of 4.15 out of 5 and all its features make it a good purchase. If you compare prices on this model on PriceRunner, you will see that the current lowest price is £349.00. It is also one of the most most popular TVs.