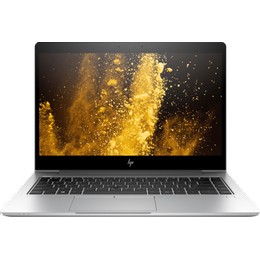 With this you get a laptop with a high-performance 1.6 GHz Intel Core i5 processor. The fast hard drive is of the SSD type and there is also 16 GB of RAM, which is more than plenty.

The market for laptops is wide and there are computers in every price range. The internal storage on this model is a 512 GB SSD drive. The computer has an integrated graphics card, an UHD Graphics 620. Integrated cards are often slower than dedicated ones since it has no memory of its own.

The computer from HP runs on the operative system Windows. The RAM of this particular model weighs in at 16 GB. Such a high amount of RAM is useful for video editing, among other things.

The screen size is 14". The computer has an integrated UHD Graphics 620 graphics card. Integrated cards are often slower than dedicated ones since it has no memory of its own. The internal hard drive is a 512 GB SSD drive.

The CPU, a quad-core Intel Core i5, has a 1.6 GHz clock speed. Thanks to the multi-core processor the computer can run heavier applications. The processor is the part that performs all the operations we ask the computer to do. A more powerful CPU makes the computer faster.

EliteBook 840 G6 6XE53EA costs £1312.54. The price is above average for the category, which combined with is performance makes this computer a premium product.