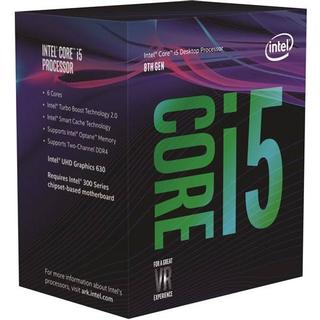 Rank 10 in the Intel category

I was afford an intel motherboard which I couldn’t refuse, the issue is that there was no CPU to go with it. I googled and googled for several different Intel CPUs and the prices was way to much for me to spend. I couldn’t just splash out £200 plus on a Intel chip and I wasn’t able to drop the generations (8th gen was the lowest but prices was still expensive). I saw a new Intel chip being released - The Intel i5 9400f and it was cheap. Why cheap? Well, the stock speeds are slow at 2.9ghz but the turbo is 3.9ghz. My motherboard was able to keep the clock speeds at 3.9ghz so I’m happy with that. 6 core, 6 thread is all I really needed to be honest. What’s the ‘F’ all about? The f basically means there is no iGPU. I have a dedicated GPU so I have no need for an iGPU so it’s an option which won’t be missed. Overall - a good clock speed when turbo’ed, 6 cores which is enough for gaming and cheap for the average gamer. For all the people who is thinking ‘Hey, it says the turbo speed is 4.1ghz!’. Yes, you are correct but the turbo clock of 4.1ghz is only one 1 core, the rest runs at 3.9ghz. Personally, clock all cores at 3.9ghz.