Do you want to cook the perfect roast but worry whether the meat has reached a safe temperature? If so, it's time you bought a good meat thermometer. We name the ETI Thermapen 4 as the best in test. 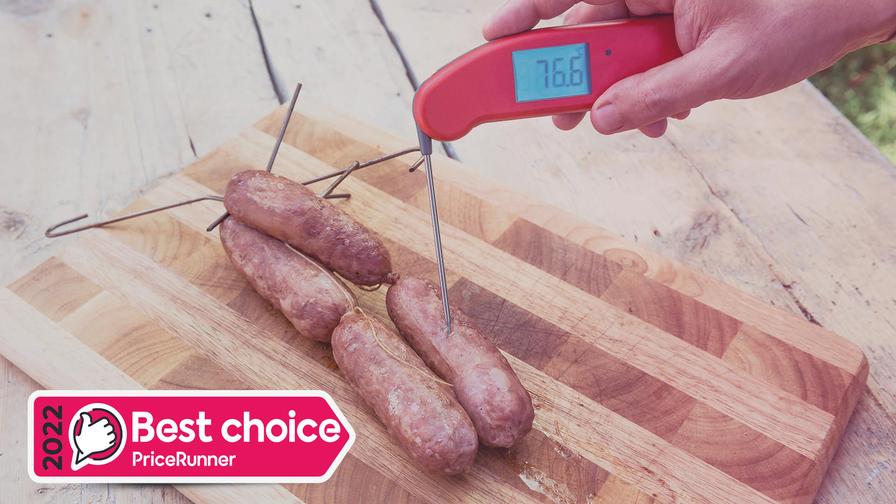 In our test we used both stick-in thermometers and Bluetooth thermometers. These were tested on the barbecue (charcoal grill) and in the oven, to measure the temperatures of meat, toffee and liquid for dough. We also made comparisons between the thermometers using ice water, boiling water and frying oil before frying, in order to be able to compare the results and measurement times between them.

The thermometers were tested for at least six months.

During the test we looked at all of the following things

In addition to these properties, we also factored in the price of the thermometer in order to determine its value for money. After that, we chose a test winner.

A reliable and easy-to-use thermometer for the keen barbecuer Bluetooth in combination with an app makes cooking as easy as child’s play with the Weber iGrill 2. This is a frying and grilling thermometer that fulfils most needs.

While this is a Bluetooth thermometer, it’s not wireless. The construction is that of a classic meat thermometer with a measuring probe connected to the measuring unit. And not just one probe, but two – with room for two more if you want them. This can be useful if you’re cooking several things at once – like four chicken breasts or four tomahawk steaks, for example. Using several measuring probes, you don’t have to hope the temperature is the same in the different pieces.

The fact that it has several probes also means that it’s possible to keep track of both the internal temperature of the meat and how hot it is inside the grill or oven.

Through the app, you can set the cooking time based on the type of cut you’re cooking – and there are plenty to choose from. Of course, you can skip all the pre-programmed choices and just choose for yourself. The app is attractive and if you use several probes at once, it’s possible to keep track of the different temperatures through a single image where each probe is colour-coded.

Of course, it’s also possible to keep track of the temperature via the measuring unit, which has a large, clear display (something the test panel really found was lacking on the Meater+). On the display, you can scroll between the temperatures of the various probes. The measuring unit is slightly inclined, which makes it easy to see the temperature even from a distance. It’s also equipped with a magnet, but attaching it directly to the barbecue isn’t recommended, as the base is made of plastic and will most likely be damaged by the high temperatures.

The app covers a wide selection of different cuts. You can favourite the ones you use most, but it would have been better if it was possible to make more personal settings.

As with most Bluetooth connections, the first pairing is a bit fiddly, but then the connection is stable and it’s rare you lose it during use. Measurement is accurate and fast, but when we tested measuring frying oil, it struggled to keep up. Above 140 degrees, it lagged and didn’t keep the same measurement rate as the other thermometers in the test, eventually showing a temperature 20 degrees lower than the others. However, this was never a problem with more classic use of the thermometer. And when checking the oven temperature measurement, it didn’t seem that the optimal operating range is too low. When we checked the oven temperature measurement, it produced results every bit as accurate as other thermometers.

The construction is solid and even after a couple of years of use, it still works fine. This may be a slightly more expensive meat thermometer, but the investment is well worth it and you’ll get many years of use out of a Weber iGrill 2.

Type: Stick-in thermometer Measuring range according to manufacturer: -50 to 1150 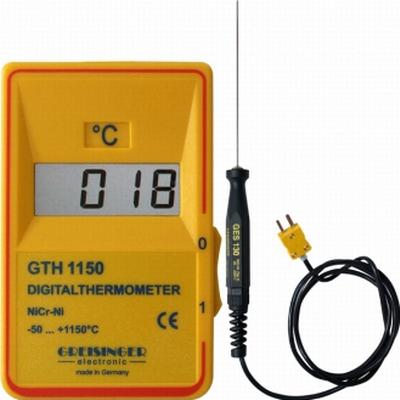 If you want to keep a close eye on meat temperatures and have a nice solid device to hold onto, then the Armatherm GTH 1150 Digital Thermometer could well be the thing for you. Particularly if you don’t mind spending a fair bit – as this is our test's most expensive thermometer. This thermometer is definitely not something that you’ll lose in the kitchen drawer. The box to which the probe is connected measures 106 x 67 x 30 mm. Add to that the probe, which is 19 cm long including the handle, and the cable – which is just over a metre long – and it’s pretty clear that this is one substantial measuring device.

This thermometer has an impressive range, varying from -50 degrees up to +1150 degrees. Much of that range isn’t going to be all that relevant during normal cooking, not unless you’re interested in knowing how hot the coals in the barbecue are. Of course, this is also a measuring instrument whose area of use extends much further than just cooking, and so it’s good to know it won’t be damaged by such high temperatures. As a tool in the kitchen of a normal home cook, however, you may feel a bit limited by the Armatherm GTH 1150 Digital Thermometer. It works really well for doing quick checks of meat temperature or keeping an eye on toffee temperatures and so on, but if you want a thermometer you can stick into a joint and leave there during cooking, this isn’t the thermometer for you. Not unless you supplement it with a Teflon probe – which can be purchased separately.

Be careful with the probe

It’s also worth noting that this device doesn’t measure in tenths – which isn’t something you ever need in the kitchen anyway, but is still a function offered by much cheaper products. The probe is also rather fragile and so you need to be careful when inserting it into food so you don’t bend or damage it.

However, the measurement is very quick, and it must be acknowledged that it’s not always a bad idea to have a thermometer that can even measure the temperature on the surface (which is perfect if you’re going to temper chocolate, for example).

Overall, despite the fact that the Armatherm GTH 1150 Digital Thermometer boasts a fantastically fast and accurate measurement, and offers an extremely large measuring range, it still feels a bit like overkill for the home cook. As a gift for someone who’s about to start a career as a chef, or who perhaps needs to measure temperatures in laboratory situations or as a product tester, it could be ideal. 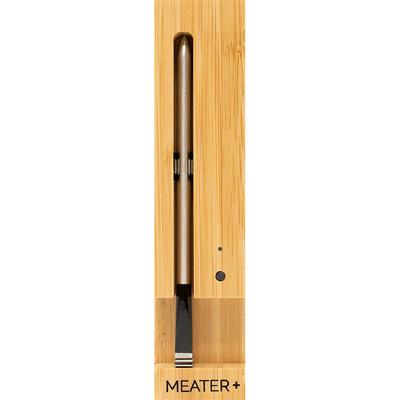 If you want to please the barbecue master in your life – someone who loves watch YouTube videos of meat being barbecued – you should definitely give them a Meater+. Not because this is necessarily the best meat thermometer available, but because it’s one of the most talked about just now. The Meater+ is a wireless Bluetooth thermometer that relies entirely on the app that goes with it. It’s not unusual for meat thermometers to come with an app as a complement, but the Meater+ can’t be used without one. This is an obvious disadvantage.

Takes a while to get used to

The Meater+ isn’t a thermometer you should expect to be able to use straight out of the box. First it has to be charged, and then it has to be paired with your mobile and the app. Not exactly burdensome tasks, but as regular users of Bluetooth know, pairing isn’t always plain sailing. And this is one of the biggest problems with the Meater+. It actually takes several attempts before the pairing works properly – and that’s assuming you've charged it first.

The thermometer is charged in the case it comes in, and this also works as a signal amplifier to boost the Bluetooth signal to a full 50 metres (the base model Meater has a range of only ten metres).

Must be used with the app

The app is fine and contains everything from temperature measurement to videos with tips on cooking. The presentation could have been nicer, but in terms of content there’s everything you need. However, we do have some reservations about it.

The app locks up or loses the connection surprisingly often. You probably won’t notice this until you decide to check the temperature of the meat – which, of course, is extremely frustrating in the middle of cooking and also means there’s a risk of overcooking or undercooking the meat.

On the whole, if you overlook the problems with the app and the fact that it can’t be used at all without the app, the Meater+ is a decent thermometer. But you don’t have the ability to read the temperature in any other way except for via the app.

MEATER Plus With Bluetooth® Repeater