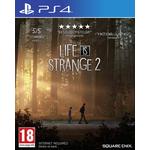 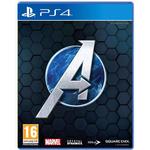 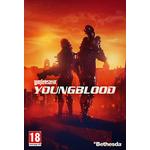 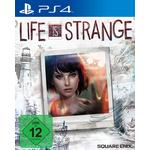 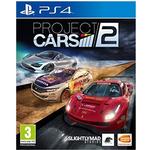 Yooka-Laylee and the Impossible Lair

Bendy and the Ink Machine

The beginning of the Resident Evil Revelations 2 tale sees fan favourite Claire Redfield make a dramatic return Survivor of the Raccoon City incident depicted in previous Resident Evil games Claire now works for the anti-bioterrorism organisation Terra Save Moira Burton is attending her welcome party for Terra Save when unknown armed forces storm the office Claire and Moira are knocked unconscious and awaken later to find themselves in a dark and abandoned detention facility Working together they must find out who took them and to what sinister end With the terrifying Afflicted enemies waiting around every dark corner players will need to use their ammo and weapon supply wisely in classic survival horror style Will Claire and Moira make it out alive and discover what&39;s led them to being taken to this remote island? Who else will they come across? A story of twists and turns will have players guessing the next step at every turn Key features Survival horror returns – A brand new tale in the Resident Evil Revelations saga comes to current- and next-generation gaming consoles and PC in the form of weekly episodic downloads a digital Complete Season and retail disc Experience the horro event of the season – Each weekly episode will feature hours of terrifying gameplay and dramatic cliffhangers to leave players eagerly anticipating the next twist in the gripping horror story Claire Redfield and Moira Burton star – Fan favourite character Claire Redfield returns to the horrors that haunted her in the past alongside Moirta Burton daughter of Resident Evil legend Barry Burton Evil is watching – Set in what appears to be an abandoned detention facility on a remote island the horror awaits players around every dark corner Will there be a way to escape? A brand new type of enemy – Not as mindless as zombies the scary design of the Afflicted means they are able to move quickly and attack the player with basic weapons making them a genuine threat to players&39; survival As...

Play the beautiful game like never before in PS4 FIFA 20 with Optional Extras. Powered by Frostbite™*, EA SPORTS™ FIFA 20 brings two sides of The World’s Game to life - the prestige of the professional stage and an all-new authentic street football experience in EA SPORTS VOLTA. FIFA 20 innovates across the game, FOOTBALL INTELLIGENCE unlocks an unprecedented platform for gameplay realism, FIFA Ultimate Team™ offers more ways to build your dream squad, and EA SPORTS VOLTA returns the game to the street, with an authentic form of small-sided football. Experience FOOTBALL INTELLIGENCE, a complete rethink that unlocks an unprecedented platform of football realism and elevates every living moment on the pitch: on-the-ball, off-the-ball, and through-the-ball. Built on three core pillars: Decisive Moments (on-the-ball), Authentic Game Flow (off-the-ball), and Ball Physics (through-the-ball), this approach is intended to put the user at the centre of every match. UEFA CHAMPIONS LEAGUE, UEFA EUROPA LEAGUE, & UEFA SUPER CUP The world's most prestigious club competitions, come to life again in FIFA 20 through authentic UEFA elements such as official broadcast overlays, kit badges, match balls, and the iconic trophies, and in a variety of game modes including FIFA 20 Ultimate Team, Career Mode, a standalone Champions League Mode, and more. EA SPORTS VOLTA takes football back to the streets, representing the authentic culture, creativity and style of the small-sided game. Build your character, express your style, and play various forms of free flowing-football in environments all over the world.

Please note this is the NTSC version of the game which is compatible with PAL systems Any future DLC may require a US PSN account The battle for suburbia grows to crazy new heights in Plants vs Zombies Garden Warfare 2! In this hilarious action-packed shooter zombie leader Dr Zomboss has strengthened his horde and rebuilt suburbia as a zombie utopia But hope remains because for the first time the plants are taking the offensive in an all-out attack to reclaim their turf Play as the plants in the all-new 24-player Herbal Assault mode or choose your side in 4-player co-op or Solo Play!Plants Attack - Bring the fight to the zombies for the first time in franchise history Go on the offensive as the plants in all-new 24-player Herbal Assault mode or defend Zomburbia in 4-player zombie co-op in Graveyard Ops Characters From All Ages - Bring even more strategic depth to this all-out botanical battle with 14 total character classes and over 100 playable plants and zombies from the past present and future Play Your Way - With 9 lawn-inspiring game modes play in crazy 24-player online battles in Herbal Assault or Gardens & Graveyards choose the plant or zombie side in 4-player co-op or go solo playing against AI opponents or locally in split-screen co-op across any mode in the game (no Xbox Live Gold or PS Plus required) A Living PvZ World - The struggle for Suburbia has come into full bloom with 12 maps bursting with personality and humor Zombossified cityscapes and crowded airspaces all layered with hidden secrets waiting to be discovered

PaRappa the Rapper Remastered for PlayStation 4

Feel the beatKick, punch, it's all in the mindIt may be 20 years since PaRappa first brought the beat to PlayStation, but his rhymes are as fresh as ever for his PS4 return - featuring remastered raps and dynamic 4K support for PS4 Pro. To win the heart of his fragrant, flowery love interest Sunny Funny, PaRappa must drop beats and rhymes on his rival, Joe Chin. But to be the greatest rapper, he'll have to prove he's the man with the master plan in a series of rhythmic rap battles alongside friends and teachers like Chop Chop Master Onion, Prince Fleaswallow and Cheap Cheap the Cooking Chicken. Ride the rhythm and match the timing of each mentor to help PaRappa master the lyrics he needs in a series of hilarious, vibrant encounters that brings the original, lovable art style up-to-date for a new generation.

Play as the iconic field commander of Task Force 141, Captain John 'Soap' MacTavish, in Call of Duty: Ghosts Multiplayer. The Soap Legend Pack contains a Soap Multiplayer Character and unique Personalization Pack featuring a themed weapon camo, reticle, patch, playercard and background. Support Features1-2 playersNetwork Players 2-18 - Full game requires PlayStationÂ®Plus membership to access online multiplayer49GB minimum save sizeDUALSHOCKÂ®4 Vibration FunctionRemote Play SupportedCross Platform Features PS4™ - PS VitaHD Video Output 720p,1080i,1080pRequires full Call of Duty Ghosts gameTerms & Conditions of PurchaseThis voucher code is issued by Sony Network Entertainment Europe Limited and is redeemable only against the issuer by users aged 18 or over holding a Sony Entertainment Network (SEN) master account (previously known as PlayStationÂ®Network master account) registered in the United Kingdom to fund a SEN wallet. SEN accounts are subject to the SEN Terms of Service/User Agreement. SEN wallet funds can be used to pay for Video Unlimited and Music Unlimited* services and items in PlayStationÂ®Store by users holding a SEN master account registered in the United Kingdom.A PlayStationÂ®3, PSPÂ® (PlayStationÂ®Portable), PlayStationÂ®Vita or other compatible Sony System is required as well as broadband, Wi-Fi or 3G internet connection (depending on your Sony System). User is responsible for internet connection fees. This voucher code is not redeemable for cash and cannot be resold or otherwise exchanged. It will not be replaced if lost, stolen, or otherwise used without your permission and is valid for one time use only. It expires 12 months from date of purchase. Full terms apply, see http://sonyentertainmentnetwork.com/legal* Access to Music Unlimited requires a valid payment method to be registered with the SEN Master Account

Tools That Will Help You Save £Hundreds On Black Friday

Expert tips: Tech products to watch out for on Black Friday

How to avoid purchases you'll regret during Black Friday

Show all categories in Game Consoles and Gaming