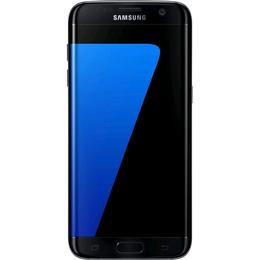 Rank 49 in the Mobile Phones category

Perfect phone for the regular user

Used for 3 years without problem and now switched to s10. In personally feel that s7 edge is most stylesh phone to now.

Have now had the phone for 2.5 years and it is still up to measure! I have used my phone in the wind, in heat (sun vacation abroad) and cold (winter in the north) - and despite several hard shocks it works flawlessly. The water resistance still seems to be on top. The mobile has cracks on the back and even though it is edge bumped (which it easily gets after daily use for 2.5 years) I can easily wash away dirt from the phone without being worried. 32 GB of space is, however, too little space nowadays. Many of the apps used daily (Snapchat, Spotify, Nextory, Readly, etc.) take up space, especially when downloading an audiobook or an offline list for music. Camera: Although Samsung and others promote the new phones with even better camera, I can absolutely do with what the S7 Edge gives me. Good colors, good pictures in the dark and high quality of video recording. Battery: Absolutely enough to use a full day. But as with all mobile devices, it's important to keep track of which apps are on in the background, which can power without actually using the phone actively. Optimize this and you can make it up for two days. The only negative (as with all new mobiles at the moment) is that repairing the phone is relatively expensive. Much because the parts are complex (original parts = rare/expensive) and that it is glass. Although the S7 Edge is expensive, it's worse with the latest models - regardless of the manufacturer. I will in all likelihood keep this phone as long as it holds. If you invest in a flagship module of this model, you can expect to keep it until it really breaks. I see no good switching until I really have to. Despite the fact that the new phones attract with better battery, better camera and faster processor.

Lowest price for Samsung Galaxy S7 Edge 32GB is £210. This is currently the cheapest offer among 7 retailers.