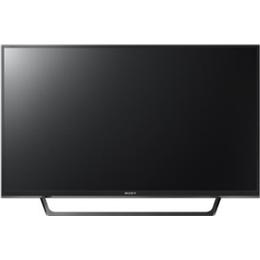 This LED TV from Sony comes, among other things, with a 1366x768 resolution. Take your viewing to a whole new level with High Dynamic Range, which gives you amazingly natural colou

Lowest price for Sony Bravia KDL-32RE405 is £355. This is currently the cheapest offer from 1 retailer.

Here you get a 32-inch TV from Sony with a great LED display. Support for High Dynamic Range that brings spectacular colours and depth in the image. Even old classics which haven't been remastered in HD will look better on this TV thanks to image enhancement.

Bravia KDL-32RE405 has an LED display, which is still the most proven and most popular technology on the market. Having a TV with an LED display has many advantages. Since this technology is so well-grounded in the TV industry, it's always a safe purchase. LED displays can also achieve incredible colours and amazing brightness.

Even if the movie your watching doesn't have a 1366x768 resolution, it will still look great thanks to the clever image enhancement technology from Sony.

As you can see, Bravia KDL-32RE405 is a TV with many handy features. If you compare prices on this product on PriceRunner, you will see that the current lowest price is £354.68. It is also one of the most most popular TVs. This model has a high average rating of 4.23 out of 5 and all its features make it a good purchase.