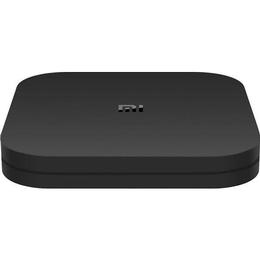 Good product and much for the money

I'm very positively surprised by the MI Box TV S 4K. Have two Apple TVs 3rd generation from before, and seems really this box runs better. Especially more stable by starting DR News slightly staggered. Great advantage that it is easy to use VPN, and thus the ability to watch TV/Netflix from other countries, just in a few clicks. Haven't tested 4K yet as our TV doesn't support 4K. However, plans to buy new TV with 4K, and will initially run ahead with this box rather than buy new Apple TV with 4K. I haven't tested with games, but TV/Netflix/VPN runs undeplorable, at least as well as current 3.gen Apple TV.

victor3d
Level 2·a year ago

Barely 150, - cheaper than the original 4k chromecast also it is even inclusive android tv. Can be recommended for people who don't already have a smart TV that has the screen dupling option in them. However, it may be a little skeptical to use screen duplering if you are an iOS/iPhone user. It requires third-party apps to make it work. However, it doesn't matter if you typically use apps like Youtube, Netflix, DRTV, HBO, Twitch or other AndroidTV apps.

Sammer
Level 2·Updated a year ago

Much for the money..

The product is easy to set up (especially if one has another Android device for typing) Generally fine flow in software, but clearly best with the built-in ChromeCast. I haven't tried games on it. A fine and inexpensive alternative to Apple TV (4th or 5th generation), without reaching quite the same level. TIP: REMEMBER to upgrade to latest Android version that is possible as well as to spend some time updating apps.

Lowest price for Xiaomi Mi TV Box S 4K is £51. This is currently the cheapest offer among 7 stores.