The Best Nasal Aspirators of 2020 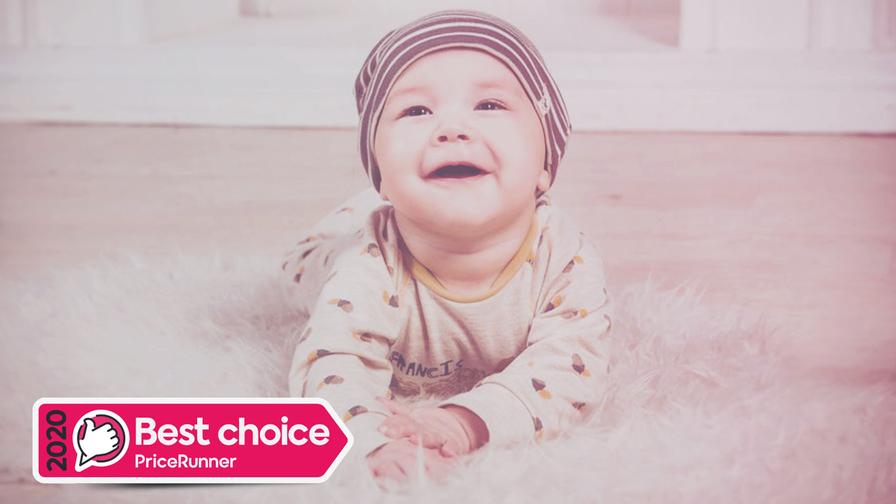 We carry out our tests ourselves and test all products as they are intended to be used in reality. For artists of nasal aspirators, we asked families with children aged 0-1 to test different types of nasal aspirators and then to evaluate them on the basis of the following issues:

The functions of the nasal aspirator have then been combined with its price and the price of any disposable filters required before a score has been given to each product. 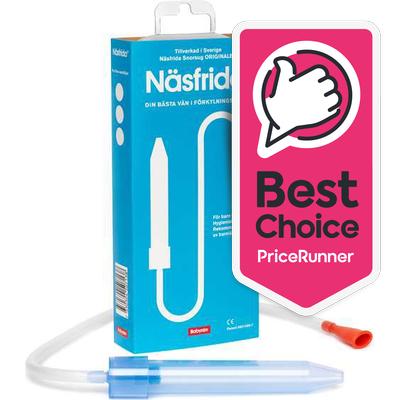 If any nasal aspirator can be called a classic, it’s the NoseFrida. For some people, the brand is synonymous with nasal aspiration. The simple design consists of a red nozzle, a hose and a harder suction tube that looks a bit like a test tube. Where the hose meets the suction tube there’s a blue disposable filter that prevents the snot from entering the mouth of the person doing the sucking. If you want more filters than are included – and the manufacturer recommends that you replace them after every use – you can purchase them separately. In fact you can actually often economise by using the same filter couple of times.

As a new parent, you may not even know that nasal aspirators exist, so the fact that there are electronic ones probably seems slightly ridiculous. But it’s true. The HappyNose electronic nasal aspirator is very advanced and can also play music while the child’s nose is being cleaned. It has only moderate suction, but clears out loose snot at the front of the nose. However, drier mucus further back is too tough for the HappyNose. The nasal aspirator includes batteries, but also two different tip sizes. We would have liked there to be a storage pouch for the nasal aspirator, as it’s too easy to lose the tip that isn’t being used.

The capsule that collects the snot is easy to clean, but the tips are more fiddly. If a bogey gets stuck in the middle you’ll need to find something very narrow to pick it out with. The advantage of an electronic nasal aspirator is that you only need to use one hand and you don’t have to worry about sucking too hard. The disadvantage is that the suction can’t be controlled and that the nasal aspirator is rather noisy. Some children can be sensitive to the buzzing of the motor, while others are completely unbothered. The HappyNose electronic nasal aspirator works, but given the price we’d have expected a better result.

Two different tips, easy to use, works with loose snot
Not effective on harder mucus, noisy during use 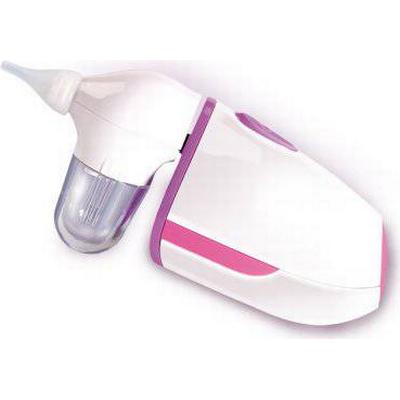 The Lanaform is an attractively designed electronic nasal aspirator. Batteries aren’t included, which feels a bit stingy given the price. The nasal aspirator includes two tips and a storage pouch. The tip should be chosen on the basis of the thickness of the child’s snot. The narrow one is for thinner mucus and the short and thick one for dry mucus. The nasal aspirator consists of a part you hold and a part containing the motor, tip and collection cup. The two parts can rotate in relation to each other, which makes it easy to get at the child’s nose.

Despite being electronic, the Lanaform is remarkably quiet. The noise level is actually so quiet that it’s not much more than a low humming noise and our test children weren’t at all bothered by it. However, the suction generated isn’t particularly good. The Lanaform electronic nasal aspirator has some ability to clean out the child’s nose. But when the snot is dry, the suction is simply too weak to make any difference. Once again the nasal aspirators that use nozzles provide better results. The advantage of the Lanaform electronic nasal aspirator is that it's easy to use and clean, and relatively quiet. But to really be worth the price it needs to be effective at sucking snot. 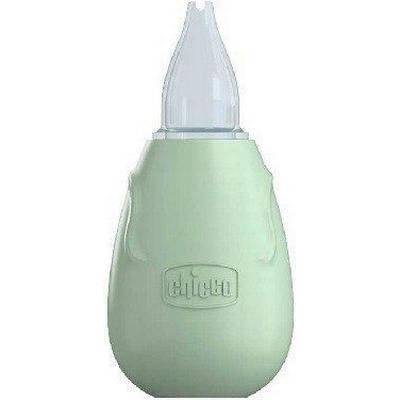 The Chicco nasal aspirator is a pump model, but succeeds in a number of respects in distinguishing itself from other nasal aspirators of the same type. This may sound like a contradiction, but the actual pump section is an attractive snot green colour. But the most interesting thing about it is that it’s significantly softer than its competitors. This means that the pump can be squeezed in a number of different ways, both from the side and from the bottom. But it also means that the nozzle never slides out of the pump. The tip doesn’t fly off and disappear even if you press hard, which is a major plus point in comparison with other similar nasal aspirators.

The Chicco nasal aspirator comes in a normal box which can also be used to store it in. Only one tip is included. This also stands out from the herd in terms of design. It’s a little softer and instead of having an entirely normal, round hole, it has two cutouts. This makes the tip a bit like a cake decorating nozzle. How this affects the suction is hard to say, because just like other pump type nasal aspirators the results are limited. You can remove some loose snot at the front of the nose, but that’s all. If you're interested in a nasal aspirator of this type, the Chicco nasal aspirator is the best one, but it's still far from great. 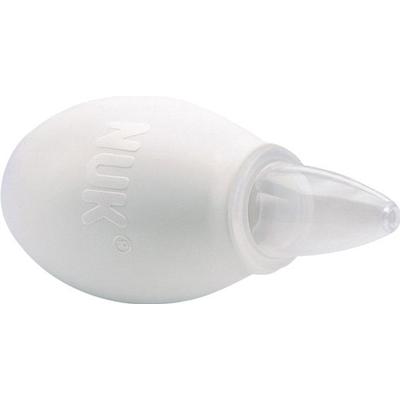 The NUK nasal aspirator is a pump model, and very similar to its competitors. The white pump section is smooth and the nasal aspirator includes two transparent tips of the same size. One is intended to be used as a reserve when the other one either gets too grubby or has been lost. However, it would have been useful if the aspirator had included some type of storage box or pouch, because the small tips are very easy to lose track of. The pump section can be boiled at 100°C for effective cleaning, but can’t be used in a microwave. Cleaning the inside of the pump is easy and the nasal aspirator is very cheap.

Everything about Nasal aspirator

The fact that looking after a baby can be tough probably doesn't come as a surprise. But when your baby gets a cold and a blocked nose, the task often seems even more difficult. Very young children breathe through their noses, which means that snot and mucus can be a major problem. Because it's so difficult to get a baby to blow its nose when you wipe it, sometimes as a parent you have to help out with clearing your baby's airways. A nasal aspirator can be a boon when you’re trying to get your child to be able to sleep or eat properly.

One tip before use is to alternate nasal aspiration with rinsing the child’s nose with saline solution – this is available both as pipettes for babies and in spray bottles for slightly older children. The salt helps dissolve hard or dry mucus so it’s easier to remove with the nasal aspirator. Remember never to apply more suction than is necessary so that the child’s mucus membranes aren’t damaged.

The Best Nasal Aspirators of 2020